In real life the Sack of Baltimore took place on 20 June 1631, when the village of Baltimore in West Cork, Ireland, was attacked by pirates from the Barbary Coast of North Africa, they were made up of Dutchmen, Algerians and Ottoman Turks. The attack was the largest by Barbary pirates on either Ireland or Great Britain.

The attack was led by a Dutch captain, Jan Janszoon van Haarlem, also known as Murad Reis the Younger. Murad’s force was led to the village by a man called Hackett, the captain of a fishing boat he had captured earlier, in exchange for his freedom. Hackett was punished for this later by being hanged from the clifftop outside the village.

Some prisoners – captured from Baltimore – were destined to live out their days as galley slaves, rowing for decades without ever setting foot on shore, while others would spend long years in a harem, or as labourers.

In the aftermath of the raid, the remaining villagers moved to Skibbereen, and Baltimore was virtually deserted for generations. This era of history has captured the imagination of many fiction writers over the years.

British Author Tony Bryan uses the era as the backdrop for the for his series of “Baltimore” books, the third of which is just being released. Book 1 covered the Sack itself, while Books 2 and 3 look at years after. 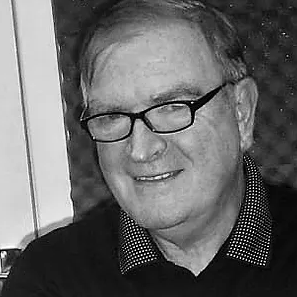 Tony Bryan was born in Liverpool but has lived in Cheshire for some years. Like many people across the channel, he claims Irish heritage. Tony has enjoyed success as a playwright and theatre producer and his first novel, 99 Heyworth Street, was published a few years back. Speaking to TheCork the author said “It is really important to introduce Book 1; .like watching a Netflix series, people want to know what will happen next.”

His fictional stories capture the essence of 18th-century life, when dramatic events intervene.

In the story of Book 3 the character of Kirsten is taken by araiding party which leaves Baltimore in ruins. Lover, Daemon, believing she is bound for the slave markets of the North Africa, sets off to find her. He eventually discovers that a notorious pirate ship foundered in storm off the Irish coast with no survivors. But Kirsten has survived, with the help of a dissident Spanish nobleman. Thousands of miles, many adventures and great opportunities separate the two lovers. Is it possible their paths will cross again?

Baltimore Books 1 and 2 are already available from Amazon. Book 3 will be released very soon by publishers Pegasus, Elliott, Mackenzie. 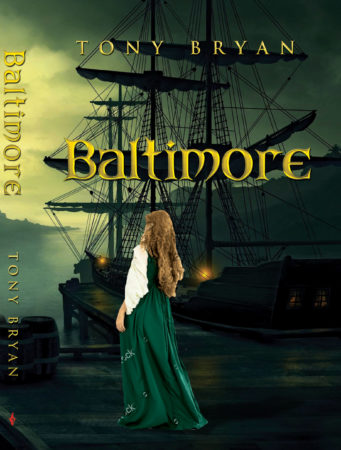 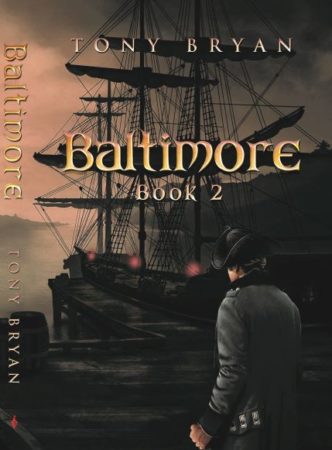 The new book (or all 3) can be bought from www.tbryanauthor.com