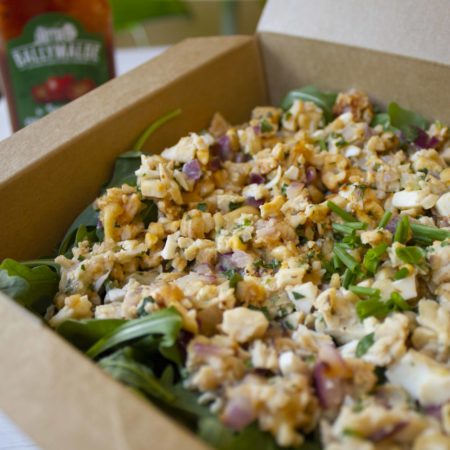 The ‘Mozza-Relish Choppito’ is a healthy burrito which is available in 34 stores nationwide around Ireland and also in their Belfast store. The offer is available now in Freshly Chopped stores and will be running for the next month.

Freshly Chopped has proved extremely popular since it opened its first store in Baggot Street in 2012. They are now selling over 20,000 healthy salads a week, as well as healthy blended wraps, baked Choppitos, signature smoothies and homemade soups. The name Chopped is derived from their unique way of preparing food using their super-hero mezzaluna knife to provide fast, healthy food.


Above: A previous video from Chopped which explained what a ‘Choppito’ is

“We are delighted to be partnering with Freshly Chopped to bring Ballymaloe Original Relish to their menu in the form of a Choppito. We are big fans of Freshly Chopped at Ballymaloe Foods and we are looking forward to continuing to work together in the future.”

Now the company has 33 staff and 18 products, and exports to the UK, Germany, the Netherlands, Australia and the USA, and its products include relishes, dressings, pasta sauces and mayonnaise.

Fact box: What is a burito?

A burrito is a dish in Mexican and Tex-Mex cuisine consisting of a flour tortilla wrapped into a sealed cylindrical shape around various ingredients. The tortilla is sometimes lightly grilled or steamed to soften it, make it more pliable, and allow it to adhere to itself when wrapped. Burritos are often eaten by hand, as their tight wrapping keeps the ingredients together.