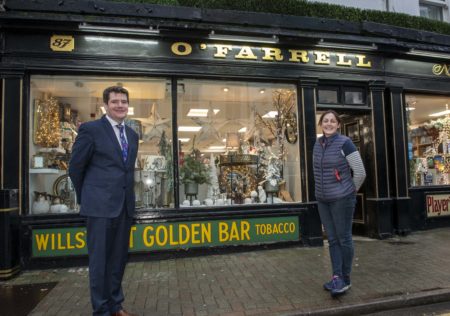 The Minister for Planning and Local Government, Peter Burke TD, has described Cork County Council’s role in the local response to the COVID-19 pandemic to date as vital. He was speaking during a visit to Bandon to thank local authority staff for their work and visit businesses who have benefited from local authorities’ supports.

Cork County Council has provided a range of economic and social supports in response to challenges arising from the pandemic. These have included:

During his visit to Bandon Minister Burke met with the county’s Deputy Mayor Councillor Joe Carroll, the Chair of the Bandon-Kinsale Municipal District, Councillor Kevin Murphy and other elected members. He also met with local authority staff, business representatives including Hilary O’Farrell, Chair of the Bandon Business Association, and representatives of An Garda Síochána.

Minister Burke visited the soon to be completed library facility and St Michael’s Centre, the centre of the town’s exemplary Age Friendly activity. He also inspected the council’s works in the town to make it safer in response to the risk of COVID-19. The Minister also inspected the new pedestrian bridge and weir, which constitute part of the town’s flood defences.

Speaking during his visit Minister Burke said: “In a year like no other, Cork County Council and the other local authorities around the country have played a vital role in the national response to the crisis: through supports for their local economy; social assistance for individuals and communities, and swift changes to how they deliver services.

“Businesses in Cork have had a very difficult year. Through the work of the Local Enterprise Office, works to make public spaces safer, collaboration with businesses to facilitate new ways of trading, the local authority has gone to great lengths to protect the local economy.

“The Community Call, in partnership with ALONE and the Community and Voluntary sector, has been vital in supporting society’s most vulnerable and isolated. The council’s commitment to keeping amenities like public parks and library services accessible whilst safe, along with other initiatives, have supported citizens’ mental and physical wellbeing at this time. And whilst meeting these challenges they have maintained essential services, like those for the homeless, administration of the planning system and work on water quality.”

Minister Burke concluded: “I want to thank each and every staff member and elected member of Cork County Council for their hard work, commitment and agility during the pandemic. I am proud to salute their contribution to the national response.” 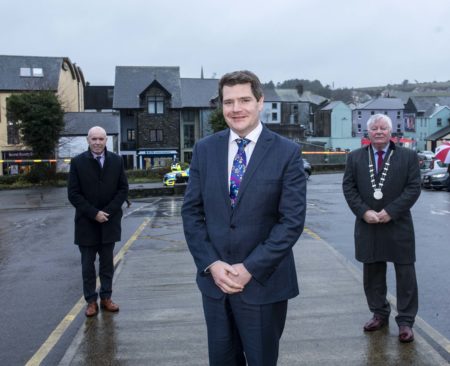 The minister was greeted by Tim Lucey (left), Chief Executive, Cork County Council and the Deputy Mayor of the County of Cork, Cllr. Joe Carroll on his arrival.
Pic: Brian Lougheed 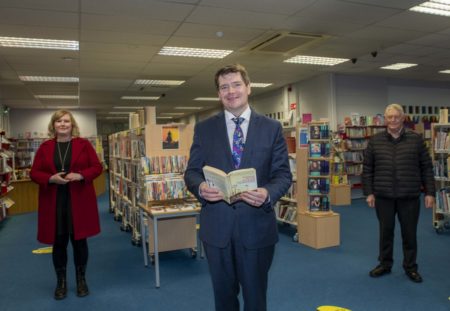 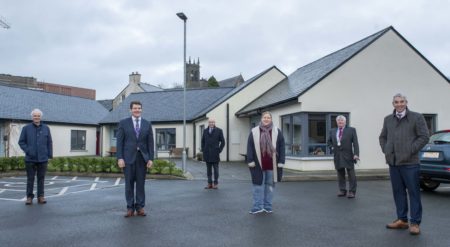 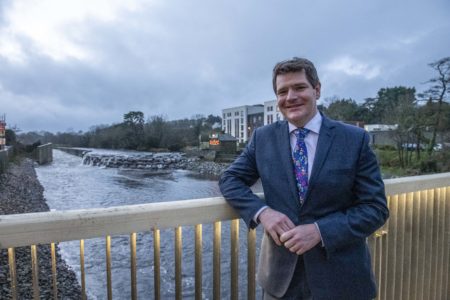 The minister is pictured on the new pedestrian bridge over the River Bandon on McSwiney Quay where he viewed the newly developed Fish Pass Flood Relief Works with the redeveloped wier in the background.
Pic: Brian Lougheed 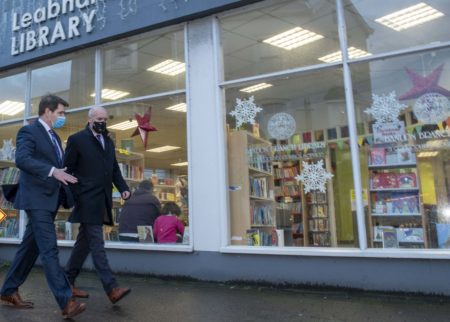