The Cork Society for the Prevention of Cruelty to Animals, a non-profit animal welfare organisation is selling a 150th-anniversary commemorative book celebrating an extraordinary milestone in its rich history. It draws upon extensive archives preserved by the Society since 1870 recognising its pioneering founders, its generations of committed and passionate volunteer and staff members and documents the organisation’s aspirations, triumphs and tribulations up to the present day. 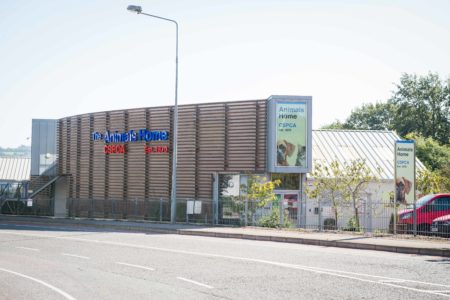 Ahead of the official formation of the Society, a first exploratory meeting was held on 16th September 1870, attended by Robert Scott, Henry Richardson, T M Corker, A McOstrich, Benjamin Haughton, Thomas Perrott, William Goulding and J C Newsom. A handwritten account documented the decision to employ a person for a two-week period to ascertain the level of cruelty cases in the city and to determine if there was a need to establish such a Society in the Cork region. This in turn resulted in a circular which issued to interested citizens on the 19th October 1870 reporting on “thirty-six cases of cruelty being reported; the full particulars of each are now ready to be brought forward”. It further called on Gentlemen to meet on the 21st October in order to carry out the arrangements necessary for the formation of the Society and that was the beginning of an extraordinary story for what was to become the CSPCA.

We get a glimpse into the content through early book reviews:

‘The first Lord Mayor of Cork to hold the honorary position of President of the CSPCA was Richard Valentine “Val” Jago, during his tenure in 1957-1958, but I was interested to see earlier links between this office and the CSPCA that date back to the beginning, when John Daly, whilst in office, chaired the very first Annual Meeting held at the Royal Cork Institution on 18th January 1872. More than 50 years later, in 1924 Seán French met with the CSPCA to discuss their expressed need for a city pound… and the rest as they say is history! The CSPCA in this book have paid fulsome tribute to those that supported them across 150 years. In my capacity as Hon. President, as Lord Mayor of Cork and as a Corkonian, I would like to reciprocate and extend my thanks on behalf of the city of Cork to this exceptional organisation. Thank you for your work, for sharing your story with us and congratulations on achieving this tremendous milestone.’ – Lord Mayor of Cork Cllr Joe Kavanagh, Hon President, Cork Society for the Prevention of Cruelty to Animals

‘Actions speak louder than words and right from the beginning, it’s clear to see that the founders of the CSPCA meant business. Cruelty to animals has always been with us, even if the acts change over the decades. For example, 150 years ago they included the plucking of live geese. By 1881, the society had included in their duties as members, the protection of birds and bird’s nests; to stop the setting of dogs, cocks and other animals to fight; to encourage children and adults to learn the structure, habits, intelligence and virtues of animals and for teachers to inculcate the duty of kindness to animals – guidelines that are more apt than ever today. And indeed too, fifty years after their foundation, they allowed their female committee members equal status with the males, a society ahead of its time! Over the decades the range of their work expanded, from opposing the practice of bull fighting in 1970, to recently the taking into care of spiders, snakes and insects. For such an organisation to grow, evolve and work to change behaviours and laws, it takes generations of dedicated people and supportive communities who share and believe in their good work. I appreciate this book for the snapshot it gives us into times past, how far we have come and how much we have learned. Alas there is still more to be done, so keep at it…for at least another 150! CSPCA Abú!’ – Éanna Ní Lamhna, Environmentalist, Broadcaster and Author

‘I’ve been around horses all my life, from early childhood right the way through to my professional life and I can see that special interest coming through in the next generation too. For those that love and work with animals, the CSPCA is held in high regard for establishing duty of care standards when there were none, from making improvements to the standards of drinking troughs back in 1875 when horses were the main mode of transport to protesting against live horses for slaughter in 1952, writing to Lord Killanin to protest the cruel treatment of horses when a cross country race was held during a thunderstorm at the Olympic Games in Mexico in 1968 up to running water deliveries to horses in the heat of 2018’s summer. Go ahead and buy this book, support the CSPCA as a thank you for how they’ve helped to make us a better society.’ – Davy Russell, Irish National Hunt Jockey

For those that have a passion for Cork history and a love of animals, then this book needs to go on their Christmas list!

The CSPCA was founded before Edison’s lightbulb, Graham Bell’s telephone and long before the automobile hit the streets of Cork, but like each, it has sustained and still thrives today, having changed and innovated to ensure it upheld the valued trust and support of the public it serves. The CSPCA experienced challenging times across its long history but its core principles for the care and protection of animals remain true to those of their founders of 150 years ago. This book is a pure tribute to the people of Cork, past and present, to the animal rescuers, carers, volunteers and all of those who help the CSPCA to make a difference in the lives of animals every day. 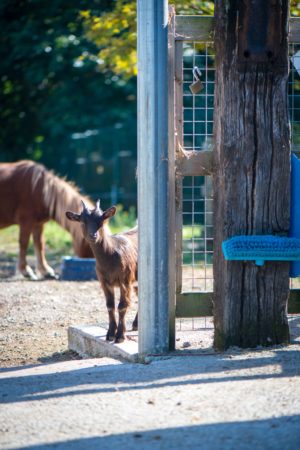