Jackie Lennox, a member of the Cork Athletic side which won the league and FAI Cup double in 1951, founded the business that same year, and that association with football on Leeside has continued throughout the years. A family-run business, Jackie Lennox Chip Shop is run by Brian Lennox, Duncan Lennox and Frances Lennox. Brian, of course, served as Chairman of Cork City FC and has also been an avid supporter and sponsor of the club since then. 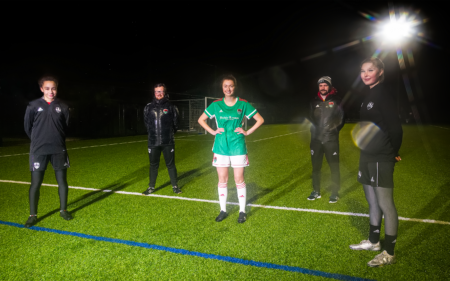 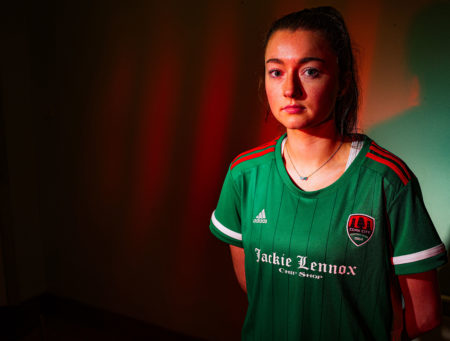 The partnership will see the name of Jackie Lennox Chip Shop adorn the front of the women’s first team jerseys, along with signage at Turner’s Cross and programme advertising. Commenting on the partnership, Brian said: “We are delighted to be coming on board as the premier sponsor of the women’s team, and to continue our long association with football in Cork. The women’s team had a tremendous year last year, reaching the cup final, and, with a young and talented squad, we are looking forward to 2021 being an even better year for the team. We look forward to supporting the players and staff of the team over the next three years and wish them the very best of luck for the season ahead.”

Rónán Collins, manager of the team, said: “We are very grateful to Brian and all at Jackie Lennox Chip Shop for their support. We had a great boost recently with the news that we will be playing our home games in Turner’s Cross this coming season and to have a key sponsor commit to supporting us for the next three years is more great news for the women’s side.”

Speaking on behalf of Cork City FC, Commercial Manager Paul Deasy had the following to say: “This is another fantastic development on the commercial front. Everyone knows the huge support that Jackie Lennox’s and, in particular, Brian Lennox has given to the club over many years and this is another symbol of that. To show that level of commitment over the next three years to the women’s team in difficult times says it all about Brian and his family. This support will help the women’s team continue to go from strength to strength over the coming years”.

Why are sales of Jameson up by 3%?
Previous Post
Cork Winner Tops Betting For Champion Chase