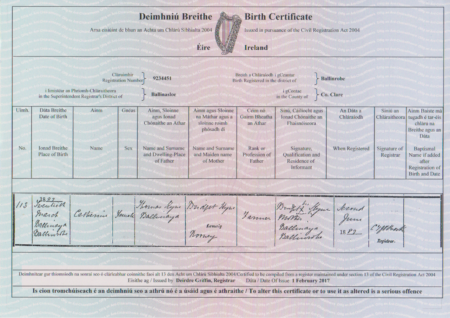 People who were illegally adopted in Ireland should not need legislation to allow them full access to their birth records and information, according to Social Democrats TD Holly Cairns.

Speaking in the Dáil today in support of the Civil Registration (Right of Adoptees to Information) (Amendment) Bill 2021, Deputy Cairns said:

“As we saw in last week’s RTÉ Investigates report, adoption in Ireland was generally forced and frequently illegal. This cruel system mistreated the mothers and obliterated the identities of thousands of adopted people.

“The Government and church leaders are eager to tell us we have moved on and that things are different. Unfortunately, the treatment of survivors and adoptees in recent months tells a different story.

“The Irish State is obliged to remedy these abuses, rather than continue to unjustifiably and unlawfully deny adopted people their identity.

“It’s important to note that this legislation does not apply to those who were illegally adopted as the falsification of birth certs is a separate issue. If these people were not legally adopted, there is no possible argument that the law prevents them from being given their files. The affected adoptees did not have birth certs, only false ones.

“We must put adoptees, natural mothers and survivors at the heart of this conversation. The overriding priority of the State should be to pursue justice based on their experiences. Instead, we have a Government paying lip service to survivors, but continually ignoring their pleas for access to their personal information.

“As this law progresses through the House, it must be inform