It’ll come as no surprise to hear that the sedentary lifestyles of modern people contrast with what our bodies are built to do. Our species won its place at the top of the world through movement, yet that’s the first thing we abandoned once we stopped having to forage and hunt for our dinner. Unfortunately, homo sapiens’ present-day idleness has grown so pronounced that it has its own name – the Sitting Disease. 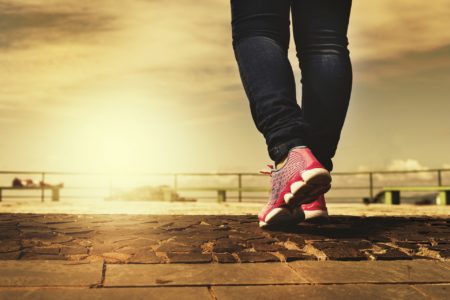 Exercise-oriented group JustStand.org claims that most people spend twelve hours a day sitting down. Considering that those same individuals probably spend eight hours sleeping too, a meagre four hours remain for exercise, eating, and socialising. It’s not entirely our fault, as desk-bound jobs take up the majority of the time we spend awake. However, that doesn’t change the fact that 1.4bn people worldwide have health problems as a result of sedentary lifestyles.

Small lifestyle changes have long been touted as a cure for this malaise. For smokers, switching to products like snus (pronounced to rhyme with ‘loose’) are a popular harm-reduction method that can be bought online at Taxfreesnus. Taxfreesnus is cheap and the site imports from the original home of this product – Sweden. Diet soft drinks and decaffeinated coffees can also reduce the weight of sedentism on our hearts, while replacing sugar with sweetener is another go-to method for those looking to cut down.

Of course, for many people, exercise is where lifestyle changes begin and end. Dietary changes can be hard to maintain, after all. Coincidently, Ireland saw a significant increase in physical activity among its populace during 2020. The Irish Times claims that 89% of people to age 24 now regularly undertake some form of exercise in the country, with the number of walkers topping out at 710,000, runners at 680,000, and cyclists at 680,000.

As far as walking trails around Cork go, the 6km loop of the Old Head of Kinsale is arguably one of the more famous routes, featuring a lighthouse (the Old Head) and a 2,100-year-old Celtic fort within its midst. Cork’s proximity to Lough Mahon, the River Lee, and the wider Irish Sea mean that the city also enjoys plenty of seaside and cliff-top views. At 13km long, the Ballycotton Cliff walk offers a window onto this greener (or bluer) side of Cork.

For walkers who prefer to stay within the city limits, there are 1km, 5km, and 7km walking trails inside Ballincollig Regional Park. This former gunpowder factory is spotted with ruins from its erstwhile vocation, including a complete watchtower. Its position on the River Lee’s floodplain also means that there are plenty of wetlands nearby, perfect fodder for birdwatchers and animal spotters alike.

Cork’s fortunate position on the east coast has helped many residents avoid the scourge of idleness that seems to have overcome the planet. Ireland, as a whole, seems to have a much tighter grip on the public’s health than many other places in Europe.