Will Conor McGregor sail off into the sunset following defeat? Don’t bank on it

Conor McGregor is the biggest name in the mixed martial arts industry and is a bigger name to many sports fans than the entire Ultimate Fighting Championship promotion he fights on. Notorious is a two-weight UFC champion, and he’s the gladiator viewers want to see. Fans don’t think the Irishman is an important part of the UFC. They know he is UFC.

The 33-year-old scrapper from Crumlin in Dublin enjoys a worldwide following with adoring fans in the UK and Ireland, United States, Australia, Nigeria and further afield. Still, following defeat in his last bout, Conor’s career now hangs in the balance. The former champion has won only one of his last four. Is his heart still in the sport that helped make him a multi-millionaire and celebratory, or is he ready to sail off into the sunset and enjoy retirement as a pundit, commentator, possible trainer and owner of a growing whisky business?

The leading UFC betting apps in Las Vegas aren’t banking on it and offer odds on who Notorious will next face in the octagon. This gives bettors and fans the chance to read between the lines of McGregor’s many online rants and pick out a possible next fight for him. Who does the Irishman have in his sights? Knowing the answer to that question could see you beat the bookies and land a profit before the first bell.

This article looks at three possible opponents McGregor could face after fully recovering from a horror leg-break in his UFC 264 defeat to Dustin Poirer in July. 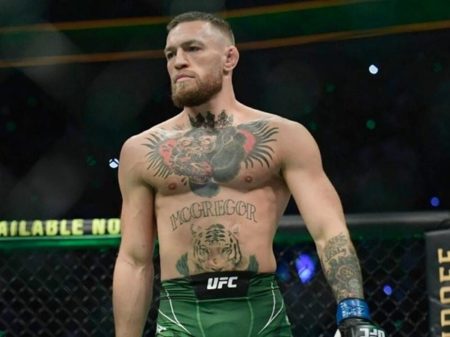 “Conor McGregor” by MARCA is licensed under CC BY 3.0

With McGregor on such a poor run of form and question marks now hanging over his long-term fitness and ability to continue to compete at the top level following that leg injury, the Irishman’s handlers will seek out an opponent their man can beat. Conor has never been one to take the easy route, but he simply needs a win and big performance to show he still has it. The problem is, there are no easy fights in the UFC these days.

Possible opponent Tony Ferguson certainly isn’t a sitting duck. The former lightweight champions have been promising fans a fight for more than four years now, but it has never come to anything. Is now the time to make it happen? It’s a match-up that would catch the attention of fans and do big numbers on PPV. Both men would be game for a showdown.

Sticking with fights that would interest fans, we check in on the long-term rival of Conor McGregor, the likeable and talented Jorge Masvidal. This one could happen with or without a title belt on the line, and the paying public wouldn’t notice or even care. The styles of both men would gel perfectly, making for an explosive start with the warriors seeking out an early stoppage win.

Both Masvidal and McGregor have seen better days and are probably past their peak, which is a shame it never happened earlier, but there would still be more than enough interest in this one. Masvidal is slowing down but still holds that aggressive, all-action style. McGregor has the tools to beat him, but he’s had to be 100% fit to achieve it. If Dana Whyte was to pull strings and make this happen, it would surely open as a 50/50 in the betting. 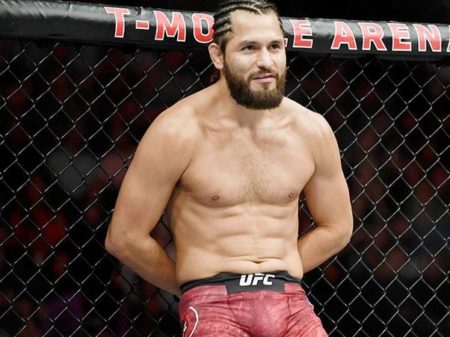 “Jorge Masdival” by MMA Junkie is licensed under CC BY 3.0

Nate Diaz is a man who’s all too familiar with McGregor and his antics. The pair have clashed twice inside the octagon and several times outside of it. Notorious lost the trilogy fight with Poirier by a 2-1 score recently, but if he were to beat Diaz and complete this trilogy, all that would be quickly forgotten about. Just to make things a little more interesting – not that it’s needed – both fighters currently hold one win each.

Fight fans will remember Conor’s first loss as a UFC fighter came against Diaz when he was taken out inside two rounds. That result shocked the sporting world and proved the Dubliner wasn’t untouchable. The beaten man in that fight got his revenge with a points win later that year, but that result had its fair share of critics, setting the scene nicely for a decider.