Retrofitting and heat pump installation to cost €4.7bn for over 85,000 Cork homes 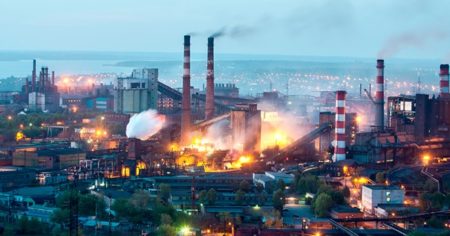 A ‘just transition’ to accessible and affordable low carbon energy for off-grid homes crucial to decarbonisation in Co. Cork

Improving the energy efficiency of Co. Cork homes through retrofitting and installation heat pump systems could cost in excess of €4.7bn. That’s according to a new report published today (26.08.21) by Liquid Gas Ireland (LGI) on ‘The role of LPG and BioLPG in a ‘Just Transition’ for Co. Cork.’

The report sets how €4.3bn can be saved if the 85,232 homes in the county currently using high carbon fossil-based fuels such as oil, coal, and turf for home heating and as an energy source switch to a lower carbon alternative such as LPG or BioLPG instead of retrofitting for installation of heat pump systems. The savings were based on an average cost of €56,000 for a full scale retrofit including heat pump installation and an industry estimate of €5,000 for switching to a gas boiler with standard system upgrades.

Commenting on the report, Chair of LGI Brian Derham said: “If the Government is serious about achieving Ireland’s climate targets, it is critical that people living in both urban and rural communities are brought on the decarbonisation journey. Rural communities should be engaged by ensuring they are given the technology choices that meet their unique needs through secure, clean, and efficient lower-carbon fuels like LPG and BioLPG. The Government’s revised Climate Action Plan must therefore provide for the delivery of a ‘mixed technology’ approach to decarbonisation which works for rural Ireland, particularly for those living in or operating off-grid rural homes and businesses.

“At the core of the Climate Action Plan is a commitment to install 600,000 heat pumps and retrofit 500,000 homes for improved energy efficiency. However, we continue to express our concern that this ‘one size fits all’ approach’ to decarbonisation is putting significant pressure on those living in rural communities. It simply does not consider the unique economic and infrastructural challenges these areas face in achieving a ‘just transition’, where over two-thirds of homes currently rely on oil boilers for heating and fuel. Many of these homes are classified as hard-to-treat houses meaning the cost of a retrofit would be 80 per cent more expensive. This prohibitive expense is proved by the continued low uptake of retrofitting grants outside urban centres.”

The report, which was conducted using CSO census data names Macroom Urban, Youghal Urban, Kinsale Rural, Rathcooney and Ballincollig as the five electoral areas within Co. Cork most reliant on high carbon fossil-based fuels for home heating and energy. Of the 15,129 dwellings in these areas, 52% (7,952) use oil, coal and turf while by contrast only 9% (1,299) have transitioned to heat pump technology.

With no connection to the national gas grid and a proposed ban on gas boilers, households in these five rural areas alone will face a combined estimated cost of €445,312,000 to transition to heat pump technology, if this is the only lower carbon heating solution available to them.

Mr Derham added: “A ‘mixed technology’ approach to decarbonisation, which includes lower-carbon fuels such as LPG and BioLPG could save about 1.9 million tonnes of CO2 emissions per year if 500,000 rural homes currently using oil-fired central heating switched to BioLPG by 2040. We are therefore calling on the Government to reverse its proposed ban on gas boilers so as not to restrict a seamless transition from lower carbon LPG to renewable BioLPG down the line. LPG boilers offer a long-term, cost-effective pathway to decarbonisation through the gradual introduction of BioLPG meaning that over time, carbon emissions will increasingly reduce.

“In addition, we want to see a reversal on the proposed removal of the eligibility of LPG and BioLPG heating systems under the revised Energy Efficiency Obligation Scheme (EEOS). Transitioning from oil to LPG and BioLPG allows off-grid homes and businesses to significantly reduce their carbon footprint without expensive retrofitting or major change to heating systems. It is our belief that rural communities should be given the option to adopt the carbon savings available through LPG and BioLPG, in addition to hybrid heating systems. This could be incentivised through the extension of Government energy efficiency schemes to encourage rural consumers to make a switch from oil boilers to an affordable LPG / BioLPG alternative.”

Renewable Energy Ireland recently launched its 40by30 Renewable Heat Plan which sets out a roadmap where 40 per cent of Ireland’s heat can come from renewables by 2030 in line with Government CO2 targets. The plan outlines how there is no single solution to decarbonising heating systems and acknowledged the important role renewable gas like BioLPG should play, alongside other renewable heat technologies.