Samhain is this Sunday – which means that the annual festival of the Dragon of Shandon is nearly set to descend on the city!

The usual parade was unable to go ahead this year due to uncertainty around restrictions, which prevented us in facilitating our essential preparatory outreach workshops, but we are super excited about what we have in store for you on Sunday night!

The full programme (attached) is now launched, and you’ll see that it is replete with fiendishly spooky performances, installations and a special Treasure Trail in the space between 6 and 9pm on Halloween night! 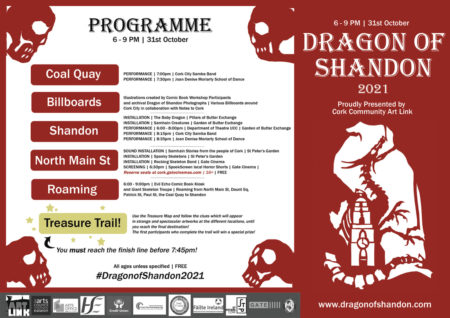 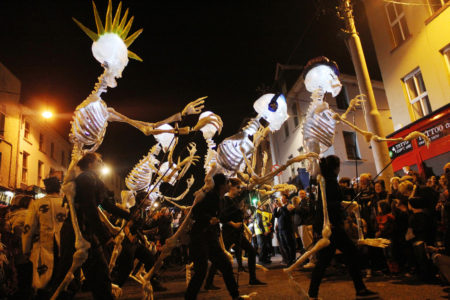 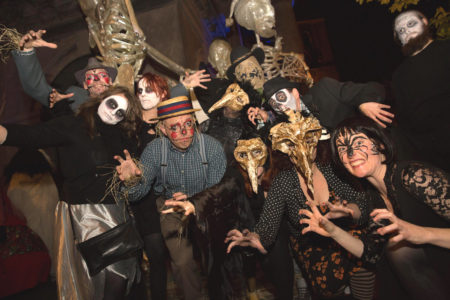 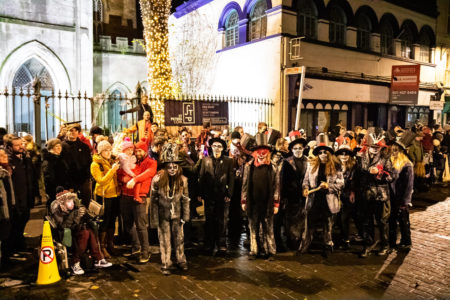 Performances from Department of Theatre UCC, Cork City Samba Band, Joan Denise Moriarty School of Dance and a Giant Skeleton Troupe, The Evil Echo Comic Book kiosk, the Samhain Stories Audio installation in St Peter’s Garden, a Spookscreen local Horror Shorts screening in the Gate Cinema, and last but not least, a Treasure Trail and Treasure Map, with clues hidden in spectacular artworks on the usual parade route. The first participants to reach the end within the time limit will win a special prize!