The Cork International Hotel is continuing its search for unsung heroes

For many years, Francis organised the enormous ‘Passage West Ladies Football Blitz’, an All-Ireland under-age Gaelic Football blitz for girls which regularly had attendances of over 5,000 people. He remains involved as a valued member and volunteer of Passage West GAA Club.

Charity and volunteerism is also a huge part of Francis’ life and annually he decorates his house for Halloween in order to raise funds for Marymount Hospice. This year he created his biggest ever display and attracted large numbers of visitors to see the decorations and make a donation to the charity. 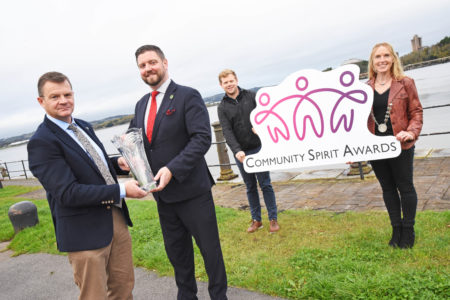 General Manager of the Cork International Hotel, Carmel Lonergan said: “Francis is a wonderful example of a champion volunteer and a great advocate for women’s sport. Francis started the ‘Passage West Ladies Football Blitz’ in 2008 as he was keen for his own daughters to play the sport. Since then, it has grown from 8 teams initially to 133 teams from 15 counties competing in 2019. Francis also raises community spirits of a different kind with his spectacular Halloween displays every year. They truly need to be seen to be believed. He has succeeded in generating thousands of euro for Marymount Hospice.”

The awards, which are sponsored by The Carrigdhoun Newspaper and Gerald McCarthy Giftware, take in a large geographical area in South Cork stretching from Rochestown, Douglas and Togher to Kinsale, Crosshaven and Passage West.