Students of Kinsale Community School, Shane Collins and Oisin Coyle, were awarded with the National Garda Youth Award 2021: The Community Safety Award at the National ceremony held this weekend, Saturday 13th November at the Midlands Park Hotel in Portlaoise. This award was in recognition of the tremendous work they have done in making their community a safer place through their work in the production of PPE for frontline healthcare workers both locally and nationally during the Covid 19 pandemic.

Principal, Fergal McCarthy said: “Kinsale Community School is incredibly proud of Oisin and Shane in respect of the National Garda Youth Award which they received in recognition of their work in producing 12,000 visors and rectifying a further 10,000 defective face masks in support of frontline healthcare workers at the beginning of the pandemic when there was a national crisis in respect of PPE. This project demonstrated the student’s empathetic good nature as well as reflecting their sharp intellect and dynamic creativity. They showed that they are adept problem solvers, capable of working as a team, and they used these skills to focus on public good. These students reflect all that is good about bright, young, gifted people. We are proud at having this calibre of student attending Kinsale Community School.”

Having already won a Garda Divisional Award in the Cork West, a huge achievement in its own right, the Kinsale students, Shane and Oisin, were nominated to go forward to the National Awards as recognition of how much their community values them. The National Garda Youth Award is an excellent example of young people who give up their free time to help and support others. This is an especially strong message for all us at a time when we all individually and collectively across all age groups continue to work together to reduce the spread of Covid-19.

Speaking with Student Shane Collins of Kinsale Community School, he said: “Oisin and I are delighted to have received this special award. It would not have been possible without the support of the school and all our teachers. We worked together as a team to support the community, those on the frontline and provide much needed PPE”. 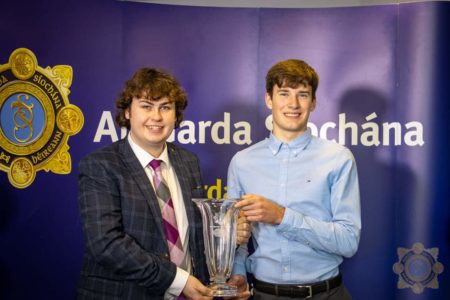 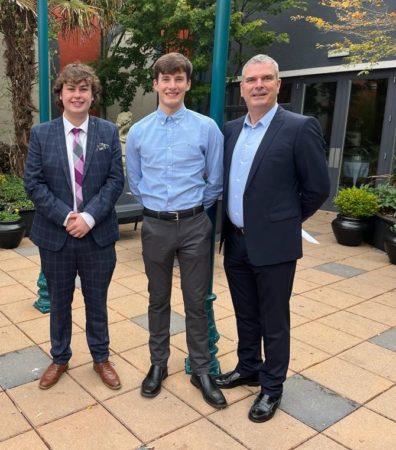