Comedian Fred Cooke to perform in Cork City this Saturday 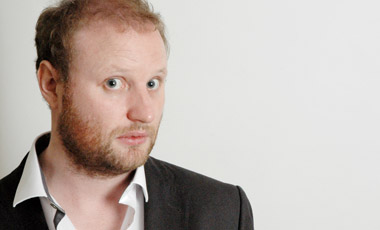 Delivering a unique brand of comedy through his musical prowess, physical storytelling and warm, affable stage presence Fred Cooke will take to the stage of Cork’s premiere venue for comedy City Limits this Saturday, November 27, 2021.

You might recognise Fred Cooke as the voice of the hugely popular Tommy Tiernan Show. Best known for his TV work, Fred has been a regular on other highly successful RTÉ shows, Republic of Telly, Bridget and Eamon, and The Fear. He was a semi-finalist on RTÉ One’s Dancing With The Stars in 2019. His musical sketches are a constant success with several Republic of Telly| Hidden Camera Pranks going viral on Youtube. Cooke wrote and starred in his own comedic documentary, Operation Transportation: Highway to Kells which followed him learning to drive at the age of 35. Cooke also played various roles in David McSavage’s comedy sketch show The Savage Eye. He also had a guest role in the BBC comedy series, Vexed. He is involved with the writing and production of the sell-out musical comedy City West Side Story. His collaboration on Ireland the Musical brought him around every county in Ireland through music and surreal sketches. It now stands at over half a million views.

Fred is a staple of the festival circuit, performing at countless festivals at home and abroad such as Electric Picnic, Kilkenny Cat Laughs Festival, Vodafone Comedy Festival and Edinburgh Fringe Festival. He has supported comedy legends Ardal O’Hanlon and Tommy Tiernan, and has shared the stage with comedy heavyweights like Eddie Izzard, John Bishop, Dara O Brian, Kevin Bridges and Sarah Millican.

“I love Fred, I think he has the real spirit of the clown in him” – Tommy Tiernan.

“Elevated to Hilarity” THE SCOTMAN

Doors on the night 8PM with show starting 9PM