Susie Horgan, founder and Managing Director of communications agency, Springboard Communications (previously known as Springboard PR and Marketing), has been awarded the title of Fellow of the Public Relations Institute of Ireland (PRII).

Susie joins an exclusive list of only 52 other industry leaders who have received the honour of Fellowship from the PRII, which represents the professional practice of PR and comms in Ireland. 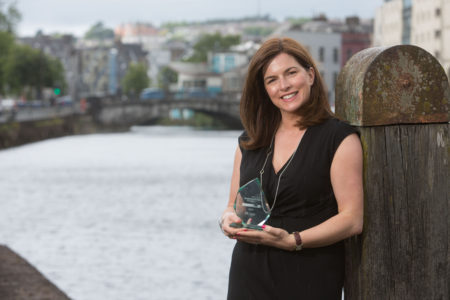 “Being named as a Fellow of the PRII is such an honour, and one I would never have expected when I started my career. The industry has changed drastically since I founded Springboard almost ten years ago. I have always strived to bring a contemporary, future-focused approach to strategic communications, advising both indigenous and multinational corporations as well as the public sector.

“We have seen so much innovation in such a short space of time, but the communications sector is in a really exciting place at the moment and I’m looking forward to seeing where we go next.”

Springboard Communications grew its team by 25% in 2020 with the addition of expertise in key areas, and is projected to expand even further in 2022. The multi-disciplined team enables clients to communicate clearly, creatively, and effectively across all platforms both locally and globally.

Susie is also a non-Executive Director of Cork Chamber, the UCC Academy (a subsidiary of UCC), and Fota Wildlife Park.