Mallow based TD Seán Sherlock has received – for the first time – a timeline for the introduction of leap card date on the Mallow-Cork rail line.

“This is a huge milestone for the campaign to introduce leap Card fares for Mallow,” said Deputy Sherlock.

“We have maintained the pressure on successive governments, on successive Ministers for transport and the NTA. We finally have a timeline of mid 2022 to see those fares introduced. However, the Minister and the Government could fast track this with direct subvention, and I will be putting pressure on the Government to do just that. It is a welcome move, but we can do more, and do it faster.” 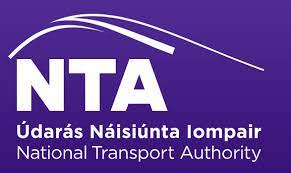 “The Cork Metropolitan Area Transport Strategy (CMATS) includes proposals for the development of suburban rail in Cork including the provision of a commuter rail fare structure.
The National Development Plan 2021 – 2030 includes an allocation of €185 million for the implementation of Phase 1 of the Cork Commuter Rail Project, running from Mallow to Midleton and Cobh.”

“Implementation of a commuter rail fare structure is challenging when Exchequer funding for public transport has increased enormously due to the disastrous impact of Covid on passenger numbers and fare revenue. However, the NTA is committed to its introduction when the service pattern is appropriate and subvention funding has been made available to cover the loss in revenue. Therefore the NTA aims to introduce a commuter rail fare structure incorporating Mallow by mid-2022.”

Cork Punter Profits €6,780 From Incredible Horse Racing Picks
Previous Post
Could Bandon-born Conor Hourihane be heading back to the Premier League with Sheffield United?
Next Post
Tweets by @TheCork_ie