Cork County Council is working with Pop Up Projects to support a writer in creating greater inclusivity, with a children’s book featuring LGBTQIA+ identities and experiences. The book will form part of The Rainbow Library, an Ireland and UK initiative, which aims to have underrepresented characters and stories included in children’s books.

The project is supported by Creative Ireland. It will see a writer or poet who identifies as being part of the LGBTQIA+ community commissioned to collaborate with illustrator Kate Alizadeh and produce a picture or chapter book for primary school children aged seven and older.

The story will be conceived and developed with the help of LGBTQIA+ young people aged 16 to 24 from County Cork. They will attend a series of eight workshops and will be drafted in as critical readers throughout. Each youth group will also develop their own writing and illustration, producing their own anthologies of work. 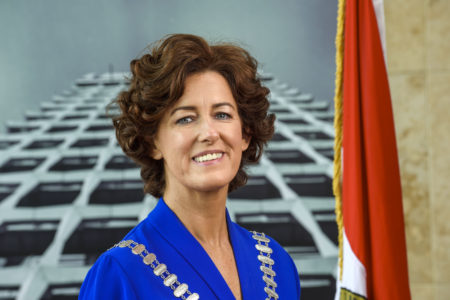 Mayor of the County of Cork, Cllr. Gillian Coughlan welcomed the initiative, saying,

“We are delighted to work with Pop Up Projects and Creative Ireland on this ambitious project. It is hoped that The Rainbow Library collection will be published next year with the aim of being stocked in every school and library in Ireland and the UK by 2024. This is a fantastic opportunity for LGBTQIA+ youth in County Cork to share their stories and to connect with other young people in Northern Ireland, Scotland and England. We look forward to platforming the work of the selected writer and supporting their collaboration with illustrator Kate Alizadeh, whose experience and talent will inspire a new generation of young LGBTQIA+ writers and illustrators in our county.”

County Cork is one of eight locations taking part in The Rainbow Library and the only area from the Republic of Ireland. Other locations include Belfast and Derry in Northern Ireland, Nottingham, Manchester, Basildon, Dumfries and Inverness.

The deadline for applications from writers is Monday, January 31st. For more information, contact Cork County Council’s Arts Office at 021 4285995 or email arts@corkcoco.ie