Why Digitalization is Important for the Irish Economy

The global economy has undergone huge changes recently, with many coming as a result of the global pandemic. Elsewhere, new technologies and innovation provide businesses with different ways to grow and expand. Ireland has experienced a lot of growth over the past few years, and to continue this growth, investing in digitalization is important.

Despite being a relatively small nation in terms of population, Ireland has one of the best-performing economies in Europe. In fact, in terms of GDP per capita, Ireland is only second behind Luxembourg. A big reason for this growth has been the focus on digitalization and the increase in tech companies establishing themselves in the country. 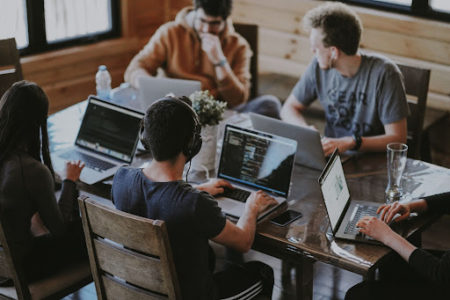 Digitalization refers to the process of taking analogue information or services and digitalizing them. Digital technologies are used to improve business processes and provide new revenue and opportunities. In the case of banking, this would be moving away from traditional paper statements and accounts to a mobile app. The idea is to take advantage of modern technology, improving services for both businesses and customers. When done correctly, digital services are more convenient, easier to use, and more cost-effective.

Digitalization leads to better services for consumers while also being more helpful for businesses and employees too. This, in turn, leads to new opportunities for growth, as well as disrupting industries and leading to new opportunities. Technology is a big part of digitalization, but it’s a lot more than that. It’s also about making sure that the organization is making the best use out of available technology and that there’s a strategy in place. Digital companies in Europe are seeing the most growth out of any other sector, making the most of current business trends.

Why Digitalisation is Important for Ireland

The vast majority of businesses in Ireland are active in non-digital sectors such as services, construction, and manufacturing. However, the technology sector is growing rapidly, and even non-digital businesses can benefit from digitalization. Digital isn’t even necessarily a sector in its own right but an enabler of other industries within an economy.

Due to the pandemic, there has been a growing need for services to digitalize, and businesses are now more likely to depend on online sales and remote workers. However, Ireland needs to invest further in its digital infrastructure if it is to continue being competitive. This can include investing in programs that encourage entrepreneurship as well as encouraging the learning of new skills.

With EU commerce set to become more outward-looking and innovation-driven, the demand for greater digital capability in businesses will grow. A number of high-performing sectors that rely on digital capabilities already exist in Ireland. These include fields like biological sciences, financial and professional services, and advanced manufacturing, in addition to the direct tech industry.

Cloud technology is a key component of a digitalization strategy. A lot of sophisticated digital services make use of cloud-based services such as AI and robotic automation. Cloud-enabled digitalization gives businesses better services and faster speeds in order to deliver quality results to their customers and clients.

According to research by Microsoft, 78% of technology business leaders in Ireland say cloud-based systems and investments are at the centre of their technology strategy. 76% also say that the benefits of cloud computing and systems greatly outweigh the expenses.