7.5 million across Britain watch MasterChef finalists getting a taste for Cork

Images of Ballymaloe Cookery School were beamed into the homes of around 7.5 million people across Britain, when the season finale of MasterChef – taking place over three episodes this week – began airing on BBC One this week (3 May). Filming for the special Ireland cooking challenge took place last year and was supported by Tourism Ireland and Fáilte Ireland.

Viewers saw the final four contestants travel to Cork, together with judges John Torode and Gregg Wallace, where they met with Darina Allen and Rory O’Connell of Ballymaloe Cookery School for a whirlwind education in local Irish produce and the ethos of ‘farm-to-table’. The finalists were challenged to prepare a celebratory dinner for some of Ireland’s finest food producers, food historians and relatives of the late, great patron of Irish cuisine, Myrtle Allen.

The second episode of this season’s ‘Finals Week’ airs this evening (4 May) and the third episode will air on Thursday (5 May). Publicity and broadcasts like this are a key element of Tourism Ireland’s programme of activity, to encourage travellers in Britain, and elsewhere around the world, to put Ireland on their holiday wish-list for this year and beyond.

Julie Wakley, Tourism Ireland’s Head of Great Britain, said: “Tourism Ireland was delighted that MasterChef chose to film in Cork and Ballymaloe Cookery School, as part of its ‘Finals Week’. With viewers across Britain waiting with huge anticipation to find out who will be crowned the champion of MasterChef 2022, this is a superb opportunity for us to showcase our delicious local produce, wonderful culinary offering and beautiful landscapes to an audience of around 7.5 million. It will remind viewers across Britain that Ireland is a great choice for a ‘foodie’ holiday.” 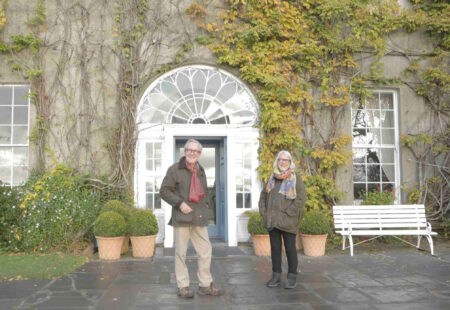