Baltimore RNLI were called out to provide assistance to a yacht with one person onboard that got into difficulty off the coast of Baltimore, West Cork, earlier this evening (Thursday 28 July).

The volunteer lifeboat crew launched their inshore lifeboat at 5.26pm, following a request from the Irish Coast Guard to go to the assistance of a 25 foot yacht, with one person on board, which had suffered engine problems just over 1 mile south of Baltimore Harbour. 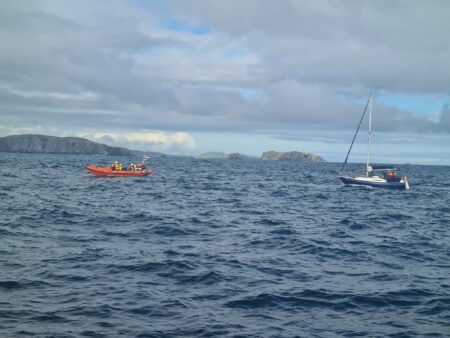 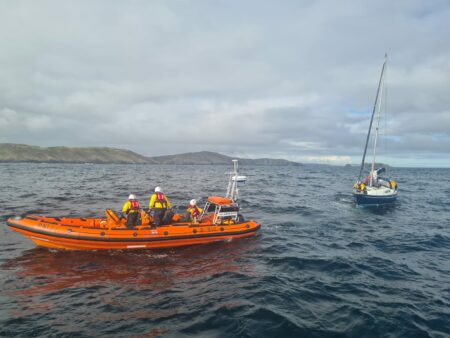 There were four volunteer crew onboard the lifeboat, Helm Pat O’Driscoll and crew members Conor Harrington, James Kitt and Kieran O’Driscoll. Assisting at the lifeboat station were Rianne Smith and Stuart Musgrave. Conditions during the call were fresh with a south easterly force 3 wind causing a choppy sea.

Speaking following the call out, Kate Callanan, Baltimore RNLI Volunteer Lifeboat Press Officer said: ‘If you find yourself in difficulty whilst at sea or along the coast, call 999 or 112 and ask for the Coast Guard.’