Ryan Sheridan has embarked upon his first run of home dates since 2016 and will play Sea Church on Friday, the 2nd of September. The seaside location is one of the exclusive venues the Irish musician will be performing in over the next few weeks. 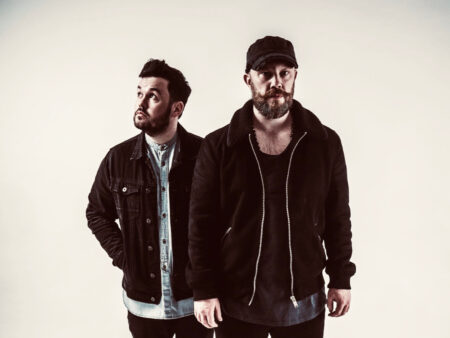 Sheridan is a platinum-selling recording artist, songwriter, performer and producer and burst onto the Irish music scene following the release of his 2011 acoustic-guitar driven debut hit single “Jigsaw”. The Monaghan man is considered one of Ireland’s most phenomenal guitarists. He has played and toured to sold out audiences all over the world including in China, the US, and the UAE.

He released his third album “Americana” in May, an album that has inspired him to pick back up his guitar following the pandemic. The album is a reflection and personal thank you to the sounds and sights of America from when he lived there. It includes the release of the stunning gospel-ballad take on John Hiatt’s timeless song “Have A Little Faith In Me”.

Known for his fast paced, finger picking guitar work, Sheridan brings his own unmistakable rhythmic energy to every song he performs. Following the release of his smash hit single “The Dreamer”, which soon led to the release of his platinum album debut “The Day You Live Forever”, Ryan quickly expanded his European fanbase soon becoming one of the top touring artists across Germany.

John Kidney, general manager of the Ballycotton venue said, “We’re delighted to have Ryan play at Sea Church. His intricate guitar skills and vocals are incredibly suited to the beautiful acoustics of the venue. This will be an incredible live and energetic performance, and certainly not one to be missed.”

A limited number of tickets are available to see Sheridan’s exclusive Love&Peace Irish Tour on the Sea Church website at www.seachurch.ie for €25. Doors will open for the standing gig on Friday the 2nd of September at 8pm for the 8:30pm show.