The Concert will feature talented community music groups such as the Barrack Street Band, the Voices of Cork Choir along with well-known singers Linda Kenny and Art Supple, amongst others. Since being established in 2010, the event has entertained thousands of Corkonian showcasing the best musical and cultural talent that the city has to offer.

Lord Mayor of Cork, Cllr. Deirdre Forde said: “It is a privilege to be officiating at this year’s Lord Mayors Community & Heritage Concert showcasing Corks history, culture and heritage. This concert epitomises social inclusion and community participation at work in the city. It is fitting this year’s concert has a special piece of culture and heritage from Ukraine and exhibits our solidarity with Ukraine again as part of it. This will be a very entertaining evening, showcasing the best-in-class talent that Cork and Ukraine have to offer”.

Kieran O Connell, from Cork City Council’s Social Inclusion Section, said: “The Lord Mayor’s Community and Heritage Concert has always been a highlight of the Lord Mayors diary. It epitomises the collaborative connectivity of City Hall with the community and heritage groups across the city. Opening up the concert hall in such a socially inclusive way that showcases and celebrates volunteerism, local community based artistic talent, cultural expression, in one night of musical magic is incredible to be part of”.

As an act of solidarity with Ukrainian people who now call Cork home, this year’s event will also feature a Ukrainian Folk Song and Dance element to it with performances from the talented Nina Yelenchuk and many others.

Unfortunately, the accompanying event, ‘Celebrating Cork’s Past’ Exhibition, has had to be cancelled due to unforeseen circumstances this year, however Cork City Council are hopeful that it will return fully with an array of historical and environmental exhibitions from across the City and County in 2023.

The annual event celebrating Cork’s history, culture and heritage is organised by a voluntary committee comprised of members of the Cork Lions Club, Teresa Dineen, Concert Producer Billy O’ Callaghan, (Barrack Street Band and Cork Academy of Music), Cork historian Richard T Cooke and Committee Chair, former Lord Mayor of Cork, Mr Brian Bermingham. The committee pays special recognition to Donal Horgan, who has retired from the committee. Since the concert’s inception, Donal worked tirelessly to bring the concert to life to highlight the incredible cultural and musical talent across the city.

The organising Committee and Cork City Council are delighted the event will once again be held in City Hall at 7.30p.m. on Saturday 1st of October 2022. The event will be ticketed, and tickets will be allocated by the Committee to community groups across the city. 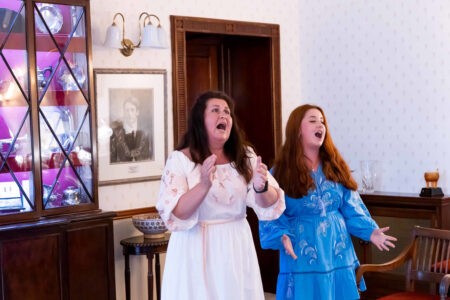 Lord Mayor of Cork Cllr. Deirdre Forde launched the Annual Lord Mayors Community & Heritage Concert 2022, supported by the Volunteers of the Cork Lions Club, will take place on Saturday 1st October 2022 in the Concert Hall of Cork City Hall. The Concert will feature talented community music groups such as the Barrack Street Band, the Voices of Cork Choir along with well-known singers Linda Kenny and Art Supple, amongst others. Alf McCarthy will MC this years event again bringing his usual charm and charisma. The event has entertained thousands of Corkonians since being established in 2010. As an act of solidarity with our newly arrived Ukrainian community now living across the city, this years event will also feature a Ukrainian Folk Song and Dance element which will be a beautiful addition to this years concert.
Picture: Alison Miles /OSM PHOTO