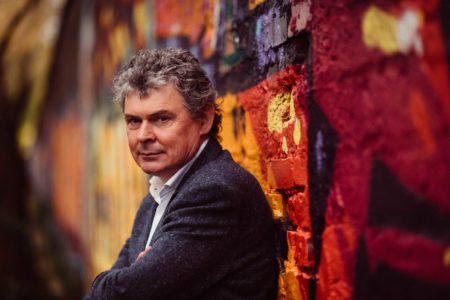 Culture Night, on Friday, September 23rd, sees venues all over the country once again open their doors late into the night with offerings from music, art, comedy, fashion, and literature: culture lovers are in for a real treat. Cork City’s own Culture Night programme has an astonishing array of over 150 events, taking place in 85 venues.

At the beating heart of the night, Cork City Council and The Good Room present Magic Nights by the Lee at Cork City Hall, a late-night free event that will run from 9pm to midnight. Bringing together some of Cork city and county’s most legendary artists and with some of the freshest sounds by contemporary musicians. This extraordinary audio-visual feast will celebrate the history and culture of Leeside music and arts. FishGoDeep are joined by Conal Creedon for a composition that was commissioned for Magic Nights by The Lee as they showcase music from their own back catalogue of productions and tracks that they have created over the last 25 years. John Spillane, Cork’s finest troubadour, has teamed up with poet and novelist extraordinaire Doireann Ní Ghríofa for a special show exclusively for Culture Night. Brian Deady, joins the show with alternate versions of some of his biggest hits whilst unleashing new creations on the night. Stevie G, with Minnie Marley and Kestine, will bring some Hip Hop and urban flavours to the proceedings showcasing two of Cork’s freshest rising stars.

Also based at City Hall, this year sees the return of the Culture Buses provided by Bus Eireann. Featuring Words in Motion- spoken word performances by Cork poets and writers, curated by the Munster Literature Centre, and supported by the Local Live Performance Programming Scheme. The special bus service will begin at 7pm will run until 10pm on the night, with buses leaving approximately every 20 minutes from the three Culture Stops at City Hall.

All Culture Night events are free, including the Culture Buses, although some require booking, and operate on a first come first served basis.

Book your FREE spot for Cork Opera House’s Recital Series with the Cara O’Sullivan Associate Artists; Cork International Film Festival’s special online programme celebrating the Irish language on film; Cork Light Orchestra performance of music inspired by the Orchestras of the 1920’s and 30’s at Cork City Gaol; Kabin Studio’s Rap, Beats & Songwriting Workshop for children & teens; Cork Public Museum’s guided tour of their latest exhibition, Unearthed: Discovering Cork, The City of Trade & Cultures; The Everyman’s entertaining Behind the Scenes tour of their historic building, and special Panto storytelling… all this, and so much more! Plan your #CultureNight trail at www.corkcity.ie/corkcityco/en/culture-night/

For more information on Cork City Culture Night 2022, visit www.CorkCity.ie/culturenight.  Keep up to date with programme additions by following the conversation online #CultureNight / #OícheChultúir and #CorkCultureNight. Check out Facebook and Twitter @corkcityarts, or Instagram @culturenightcorkcity

Culture Night Cork City is brought to you by Cork City Council in partnership with the Arts Council.