The National Symphony Orchestra makes a long-awaited return to Cork City Hall, Cork on Saturday 24 September for an evening of extravagant Russian drama and romance conducted by its internationally renowned Chief Conductor Jaime Martín with the brilliant violin virtuoso Viktoria Mullova as soloist. 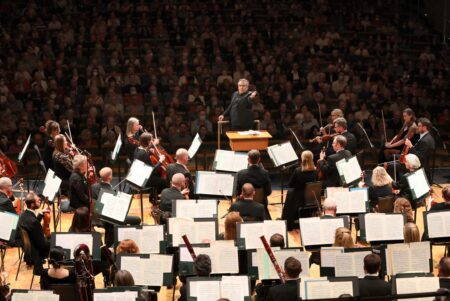 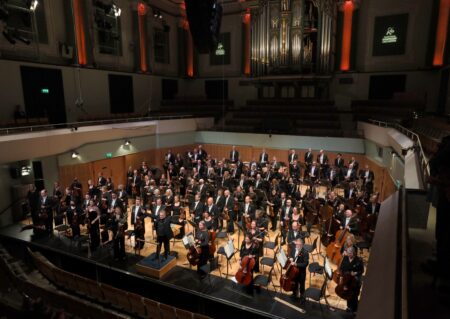 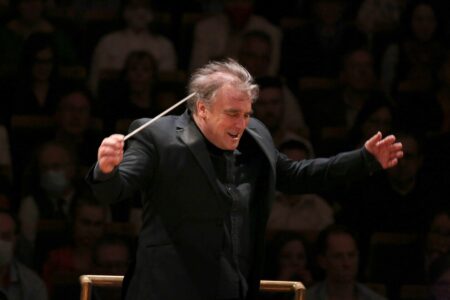 On the programme for September 24 in Cork City Hall, Shostakovich’s Festive Overture, Prokofiev’s powerhouse Second Violin Concerto and Mussorsky’s dazzling Pictures at an Exhibition. One of the instrument’s greatest concertos, it’s a gymnastic challenge for the violin, putting it through its paces with acrobatic agility and poetic delicacy. The orchestral accompaniment is no less nimble, referencing traditional Russian folk music and, in the dance-like delirium of its finale, the sun-scorched heat of Spain. There is lushness, too, in the inspired middle movement – a graceful, long-breathed confessional by the violin.

The greatest Russian composer of the 20th century, Dmitri Shostakovich’s music was shaped by lifelong conflict with his censorious Soviet paymasters. The bright, brisk Festive Overture is a brilliant, bristling, brass-led salute commissioned in 1954 for the 37th anniversary of the October Revolution. Loosely based on the Overture to Glinka’s opera Ruslan and Lyudmila, it was composed at speed in just three days. That energy is palpably to the fore in vibrant, colourful music full of wit, drive and invigorating vitality.

Mussorgsky’s Pictures at an Exhibition is a one of the most colourful and contagious of all orchestral showpieces: a dazzling kaleidoscope of images drawn from Victor Hartmann’s paintings populated by gnomes, quarrelling children, a strutting hut on hen’s legs, and unhatched chickens in a bizarre ballet. In Maurice Ravel’s ravishing orchestration, it’s a wonderful, fantastical collision of art gallery, cinema blockbuster and symphony orchestra, all hallucinating together.