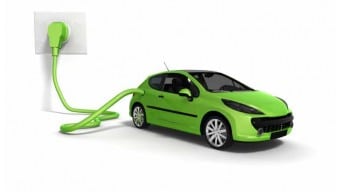 The Cork North Central based Fianna Fáil MEP Billy Kelleher has said that the agreement reached between the European Parliament and Council this week setting a target of 100% zero-emission cars and vans by 2035 is a major milestone in our collective journey to make Europe carbon-neutral by 2050.

“Europe has taken a global leadership role with this agreement towards affordable clean mobility while, at the same time triggering further investments and innovation in the sector in Europe.

“This agreement will apply to all new cars and vans manufactured after 2030, but will allow consumers to drive their existing cars until their natural end of use.

“This target is an essential component of making Europe climate neutral by 2050. It will ensure that car and van manufacturers ramp up their investment in carbon-free vehicles and help bring down costs for consumers.

“Of course, until we can guarantee that the electricity needed to power these vehicles is renewable, our job won’t be done. We need to see action on offshore wind generation in the here and now, and not in five to seven years. However, without this decision, industry would have had no reason to make the transition itself.

“Ireland has set itself more ambitious targets by 2030 but as Ireland, as a country, doesn’t manufacture cars and vans, we were always going to be waiting for manufacturers in other countries to catch up.

“The Renew Europe group, in which Fianna Fáil MEPs operate, took a leadership role on this issue and withstood strong lobbying from the sector to weaken the targets. This will ultimately save lives through reduced air pollution and put us on a path towards climate neutrality. It’s a win-win for everyone,” concluded Kelleher.