JR, who is recently back from launching his book in London and New York, picked up the award at a gala event in Dublin’s Mansion House on Sunday November 6th, seeing off stiff competition in a national category of 13 nominees.

JR joined Myrtle Allen in the kitchen at Ballymaloe House when he was still at school and has been there ever since he was 15 years old. In 2010 he took the reins to oversee the dessert menu. Each year, he travels for two months in search of new culinary ideas around the world. He has also staged at The River Cafe, Ottolenghi, Chez Panisse, and Tartine Bakery, among other esteemed restaurants. Now an internationally acclaimed pastry chef, he began working on ‘Ballymaloe Desserts’ at the start of Lockdown. 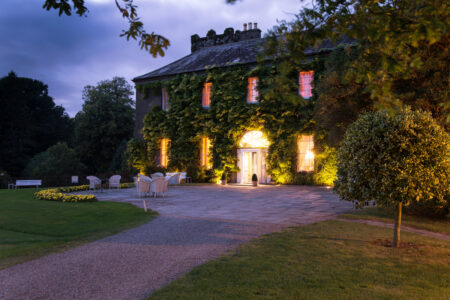 SIDEBAR: A FAMOUS BRANDNAME: Ballymaloe House is situated on 300 acres of farmland and country house gardens in East Cork. It is still owned by the Allen family. The brandname ‘Ballymaloe’ is now associated with this accomodation, along with food stuffs, cooking training, and has put this rural East Cork area on the map.

Reacting to the news of JR winning Best Pastry Chef at the Food&Wine awards, Laura Behan, General Manager of Ballymaloe House said the whole team is over the moon for him: “This is fantastic news for JR. The Food&Wine award tops off what’s been a whirlwind year for him, with the publication of his brilliant book and the much deserved international recognition that has brought. JR is so passionate about what he does, and awards like this just prove that he’s hugely respected and appreciated among his industry peers.”

Ballymaloe House, in County Cork, Ireland, is heralded as the birthplace of modern Irish cuisine. There, visitors are treated to JR’s daily array of seasonally inspired treats, wheeled through the dining room on a vintage dessert trolley. Recipes are built to be adaptable, highlighting Ballymaloe’s commitment to seasonality and fresh local ingredients.

The Food&Wine Restaurant of the Year Awards were held in association with Rémy Martin, and they took place in the Round Room at Dublin’s Mansion House. The annual awards celebrate the talent, resilience and determination of the food and drinks sector across the island of Ireland. See here for a full list of winners. 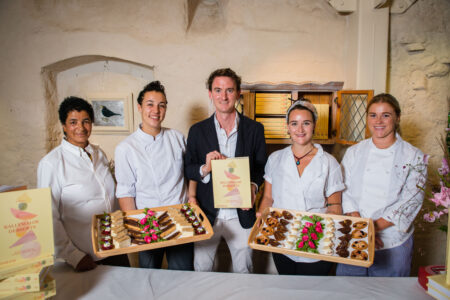