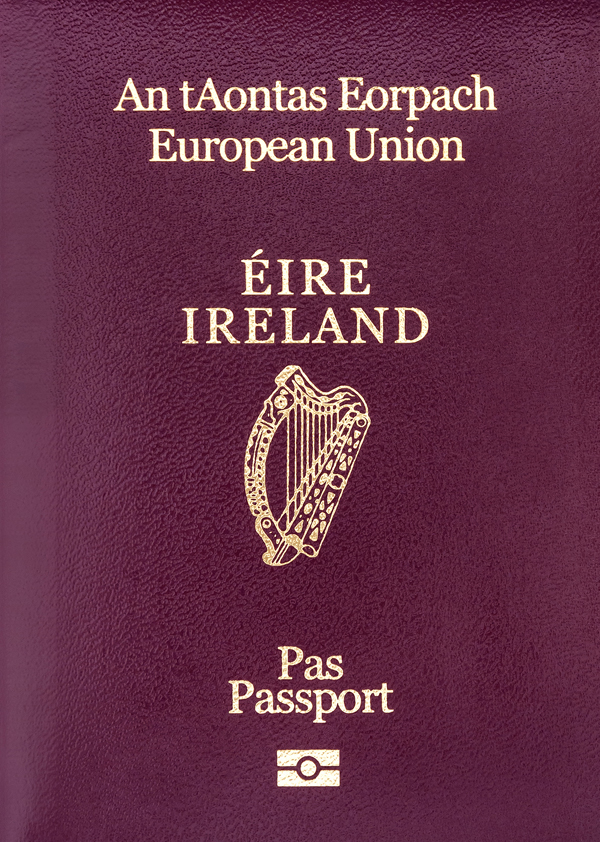 The tally of passports issued in 2022 (as of 16th December) stood at 1,080,000 which sets a new annual record for the Irish Passport Service.

Earlier this year on 1st November, the Passport Service announced it had reached the millionth mark after an extremely busy year, which saw record numbers of citizens applying for passports post pandemic. The previous all-time high was 935,000 passports in 2019.

The number of first-time passport applications from Northern Ireland and Great Britain was 100,000 out of over 1.15 million total applications received this year.

Outside of applications from the island of Ireland and from Great Britain, the most online applications came from the USA, Australia, Canada, New Zealand, France, Spain, Germany and South Africa.

This year’s most popular surname worldwide was Murphy and the most popular baby girls’ names were Emily, Fiadh and Lily, while Noah, Jack and James topped the baby boys’ list. The oldest applicant was 102 and the youngest just 3 days old.

“In 2022, the Passport Service saw extraordinary volumes of applications received and passports issued. This was a direct result of pent-up demand due to disruptions to travel throughout 2020 and 2021. The Government made significant investment over the year to scale up services to meet this demand.”

“Looking forward to 2023, my Department is expecting another busy year for the Passport Service. I would encourage anyone who is considering travel to check that their passport is in date, today, and if they need to renew their passport or apply for the first time, to use Passport Online. This is the quickest, easiest and most cost effective way to apply for your passport.”

“I want to express my thanks to the staff in the Passport Service who responded to the challenges of 2022 by demonstrating great diligence and resilience. The historic achievement of over one million passports issued in a calendar year is down to their commitment to public service and hard work. My Department will continue to work to ensure that our services meet the needs of our citizens in 2023.”

Meanwhile, if you are applying for a child’s passport in Cork, and it’s a renewal the good news is that you no longer need to visit a Garda station. You can use a Commissioner for Oaths to witness the parents signatures on the identity and consent form. A Commissioner for Oaths can also sign and rubber stamp the Affidavit of Sole Guardianship, if the parent is a lone parent.