“Illegal posters are blighting the image of Cork City.”
That’s the view of Cllr Joe Kavanagh.

The Northside Fine Gael representative says the gluing of posters
– mostly advertising politcal meetings – to lampposts, postboxes, and
public bins is as bad as graffiti, and encourages to littering.
Under the Pollution Act fines can range from from 150 euro to 3-thousand euro,
but in practice people are rarely fined.

City Cllr Joe Kavanagh says MacCurtain Street is a blackspot for posters,
and one postbox on Patrick’s Hill is covered with with eight yellow pages
advertising the same meeting 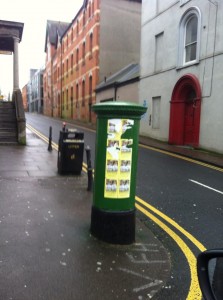 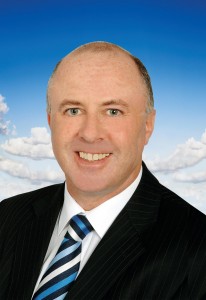