Fine Gael Cork South West Deputy, Jim Daly, said the new Wild Atlantic Way,
which is Ireland’s first long-distance driving route stretching from
Donegal to Kinsale, will attract tourists who are interested in areas of
exceptional beauty from all across the world.

The final route for the Atlantic Way was unveiled this week by the Minister
for Tourism & Sport, Michael Ring TD, to 300 top overseas tour operators at
Meitheal 2013 at Dublin’s Convention Centre as part of a Fáilte Ireland
welcome event.

“The designation of a route that runs from Donegal right along the west
coast of Ireland to Kinsale will act as a massive draw for tourists who are
looking for scenic holidays that offer breath-taking views of our rugged
and spectacular Atlantic coastline.

“The video, outlining exactly what people can expect from the route, is
already gaining traction for its depiction of our western seaboard,
especially among those interested in outdoor pursuits such as cycling and
surfing. The Wild Atlantic Way is not only registering interest with
overseas visitors but also with Irish people who are expressing an interest
in driving the 2,400 km route.

“Minister Ring’s presentation of the Wild Atlantic Way to foreign tour
operators will enable them to sell the west of Ireland like never before.
Dublin, Cork and our other larger cities have historically benefitted from
tourism. Now it is time to market the rest of what the country has to offer
in terms of our raw beauty and exceedingly beautiful landscape.

“The route has now been titled as the longest defined costal drive in the
world, which in itself will attract those who are interested in outdoor
pursuits. The west coast of Ireland is busy cementing its reputation
internationally as a top surfing destination and the marketing of this
route will undoubtedly entice people to take a couple of weeks exploring
the west and discovering the charm of the towns and villages along the way.

“The latest CSO figures indicate that in 2012, the number of holiday trips
grew by 3.8% and that the overall number of visits to Ireland held steady.
The launch of The Gathering, the aim of which is to increase the number of
tourists to Ireland by 325,000 this year, is designed to maximise our
tourism potential and to capitalise on all that is great about Ireland.
This, together with the initiatives undertaken by the Minister for
Transport, Tourism & Sport, Leo Varadkar TD, to support the tourism
industry, has seen the numbers employed in this sector steadily rising.

“People everywhere across the world recognise how special Ireland is in
terms of its natural beauty and allure. This route, ending as it does in
Kinsale, is sure to have immense benefits for the town, and the surrounding
region, in terms of the numbers visiting and the consequent knock-on
effects that that will have for local economic activity.” 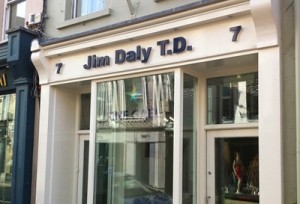