The Government must wake up to the threat to Post Offices in Cork City
and County, the Annual Conference of the IrishPostmasters’ Union was
told by Cork Postmaster Paddy O’Shea at the weekend.

Mr. O’Shea, who is a Postmaster in Upper Aghada, Co. Cork, told the
delegates to the conference in Fitzpatrick’s Hotel, Killiney, Co.
Dublin, that the future of hundreds of Post Offices nationally, and a
number in Cork City and County, were in the balance due to the fact
that the social welfare payments contract isbeing internationally
tendered.

“We understand that there is a very good chance that in the short term
An Post will retain the contract but a secondtender is to be issued in
June that could result in a major transfer of thesocial welfare
payment system to an electronic form,” he said.

“We are not against new technology or progress but the public are
entitled to access their money in the way that best suits their needs.
We do not yet know the full terms of the new tender but we are very
concerned that it will force the successful tenderer to rush headlong
down the e-commerce route.

“The Government should be very wary of the consequences, not just for
an estimated 400 Post Offices that would close immediately if An Post
were to lose the contract, but also for Irish society. It would be
catastrophic.”

Mr. O’Shea told the delegates that the public were being forced more
and more into using Banks that don’t want to see customers, are
forever increasing or introducing new charges and in whom the public
have little trust.

“As we saw last year people can also goweeks without having access to
the cash in their bank account,” he said.

“Another issue we have with Government is their failure to utilise the
outstanding network of 1,100 Post Offices throughout the country to
provide additional services to communities,” said Mr. O’Shea. “We
commissioned the accountancy firm Grant Thornton to validate our
figures and they established that by allowing the public to renew
their Motor Tax in Post Offices it would save the taxpayer €60m.

“We have received much support from politicians from all sides,
including Ministers, for our campaign to drive more business through
the Post Office but no action. This is despite the savingsavailable,
as in the case of Motor Tax. It just doesn’t make sense.

“We also believe there is a real opportunity to develop a system of
electronic form generation where forms can be printed as required at
Post Offices for a small fee, forms can be updated on request, and
these services would save the Government money. Hospital charges could
also be paid through our network.

“I would call on Government Ministers such as Pat Rabbitte, Brendan
Howlin and Phil Hogan, to take action on these andother items. They
have been advised by their own Oireachtas members of the Joint
Committee on Communications and Transport in a recent report that the
Post Office network is vital for communities throughout the country.
They know what is required and they say they are in favour. It is time
for action.

“The Post Office network is one of the few pieces of social
infrastructure that is still playing a hugely significant part in the
communities in which they are based. It is universally agreed that
they should continue to continue to do so. The methods by which their
future can be sustained are available to the decision makers. Let them
act now before it is too late,” he said. 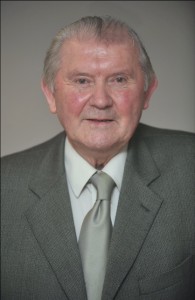