Cork innovates, the Cork City and County Council joint initiative, has
been shortlisted in the 2013 Excellence in Local Government Awards by
Chambers Ireland. Cork innovates is a major driver of entrepreneurship
in the Cork region and this award is testament to the work put in by
all those involved since the initiative came to fruition.

Coming ahead of the flagship showcase, INBusiness, INCork, the
nomination in one of Ireland’s most prestigious awards event proves
that Cork innovates is leading the charge in the Cork region to
improve and bolster economic development.

This shortlisted nomination is proof that the work of Cork innovates
is having a real impact on the entrepreneurial spirit of Corkonians,
regardless of their location city or county. The award winners will be
announced on November 13th in the Burlington Hotel in Dublin with a
host of other award categories.

This is the 10th years of the Chambers Ireland Excellence in Local
government Award, held in association with the Department of the
Environment, Heritage and Local Government. Cork Innovates is up
against the South East Regional Authority, Waterford City and County
Councils and another initiative by Cork Local Authorities – the Water
Systems & Services Innovation Centre. 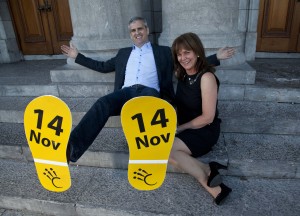