Sinn Féin local election candidate, Donnchadh Ó Laoghaire, has been
appointed to the Board of Foras na Gaeilge.

Ó Laoghaire, 24, who is contesting the Ballincollig-Carrigaline LEA in May,
was approved as one the Sinn Féin appointees to the All Ireland body at a
recent North South Ministerial Council sectoral meeting.

He previously worked for two years with Senator Trevor Ó Clochartaigh, the
party’s spokesperson on Irish and Gaeltacht Affairs, as a political advisor
and assistant.

Foras na Gaeilge is the key funding body for the Irish Language sector, and
was one of the key All Ireland bodies established under the Good Friday
Agreement in 1998. Ó Laoghaire will be the sole Cork representative on the
Board.

Commenting on his appointment, Ó Laoghaire said, “It is a great honour and
privilege to be appointed to such an important body. As someone raised and
educated in Irish, the future of the language is very important to me.”

“We are at a crucial stage of the Language’s development, and any role I
can play in supporting or promoting the language and its use, I will be
glad to do so.” 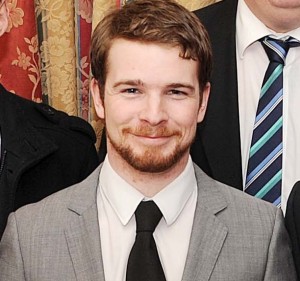