17th May 2014
By Elaine Murphy
elaine@TheCork.ie

Fianna Fáil local election candidate in Cork City North Central, Dr
John Sheehan – affectionately known locally as “The Doctor” – has
expressed his shock at figures which reveal that since 2012 the number
of discretionary medical cards or GP visit cards in Cork City North
have dropped by an astonishing 25%.

New figures reveal that there are now 5,308 discretionary medical
cards or GP visit cards in Cork City North, compared to 6,805 in 2012.

“The latest figures shed light on the targeted attack by the
Government on medical cards, which they continuously denied for over
18 months. Micheál Martin came to the Dáil week after week with
horrendous cases, of children and adults with a range of complicated
and painful illnesses having their medical cards taken from them, only
to be told there had been no policy change at HSE level.

“Some of the cases I have come across are frightening and a sad
reflection of the lack of respect this Government has for our sick and
elderly people. As a society we must prioritise the care of our sick
and elderly and the events of the last 2 years has left many people
disgusted with the sneaky and ruthless cull of medical cards by the
Government.

“Cork City North has been one of the worst affected areas in the
country. Comments this week from the Jack and Jill Foundation, in an
open letter to the Minister for Health, that the cull of medical cards
has been ‘particularly vicious’ over the last 2 years is a chilling
reminder of how appalling and dreadful this has been for some of the
sickest people in our society.

“The confirmation that 30,000 medical cards have been cut nationwide
since this Government came to office is a shocking indictment of the
Minister for Health and his attempt to secretly bring in these cuts.

“The sick and needy of Cork City North deserve better than to be
treated like this. They deserve compassion and the access to care
without the fear that their medical cards will be taken off them for
no apparent reason. The game is up and I am calling for an urgent
review of every discretionary medical card and GP visit card that was
cut in Cork City North since 2012.” 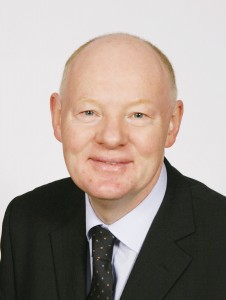