Danny Battles, originally from Bantry in West Cork, is a young singer
songwriter. He came to prominence in 2014 and played all the major
Irish festivals as well as a prestigious Arts Council Culture Night
event in Dublin in September, attended by 1,800 people.

The 18-year-old is sitting his Leaving Cert in 2015 and his debut EP
will also emerge this year. He has built his following through
gigging, playing hundreds of venues over the past two years which he
has combined with his studies.

His appearances have included Trinity Ball, Galway Arts Festival,
Other Voices Stage at Electric Picnic, Indiependence Music and Arts
Festival, Westport Festival of Music and Food, support slots at Live
at the Marquee and to Paddy Casey, Other Voices Music Trail in Dingle
in December 2014 and the First Fortnight Festival in 2015. 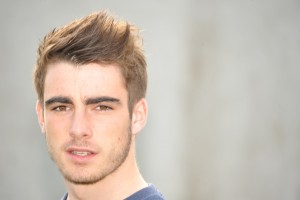