Two representatives from Cork have been elected at the Fianna Fáil Ard
Fheis as the voice of party members on the party’s Ard Chomhairle
(National Executive). Brig Ryan from Cork South-Central and Gearóid
Murphy from Cork North-West will serve on the new ‘Committee of 15.’
(pictures attached)

The Fianna Fáil Ard Chomhairle meets monthly at Leinster House and is
the supreme governing body of the party when an Ard Fheis is not in
session.

As a member of the outgoing National Executive Brig Ryan served on
Organisation Sub-Committee which has been instrumental in implementing
one of party’s major internal reforms, the establishment of the One
Member One Vote system, empowering our grassroots across the country
and making sure they have a major say in the future of the party.
Brig has pledged to turn her focus on the National Executive to
preparedness for the general election.

Gearóid is a 26-year-old barrister who has been an active member of
the party in Cork, Munster and Dublin since 2007. He campaigned on a
platform focussing on policy formation and promoting initiatives being
brought forward by individual members.

Fianna Fáil Leader Micheál Martin said, “This Ard Fheis was an
important opportunity for the party to set out clear policy proposals
on childcare, housing, health and providing relief for families
struggling to make ends meet. Over 3,000 delegates attend the RDS
this weekend and took part in lively debate and competitive elections
for our National Executive.

“I want to congratulate Brig Ryan and Gearóid Murphy on their election
to the Fianna Fáil Ard Comhairle, in what was a highly competitive
race. I know they will play an important part in key organisational
and policy decisions in the run up to the next election. The general
election will be extremely important for the country. Fianna Fáil is
committed to giving voters a real choice between the regressive and
unfair decisions of Fine Gael and Labour or our vision for an Ireland
for all, decisions that are fair, that support and strengthen
communities and not seek to divide them,” Deputy Martin said.

The full Committee of 15 elected to the Fianna Fáil Ard Chomhairle is: 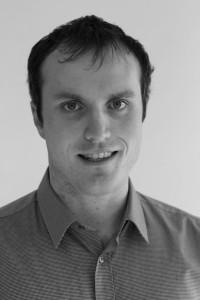