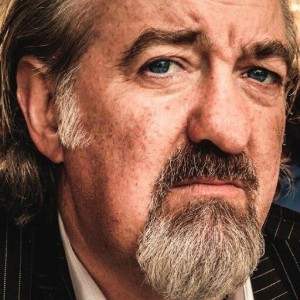 Above: File photo of Mick Hannigan

The former CEO of Cork Film Festival has said he is pleased his unfair dismissal case against his former employer was settled yesterday.

Mick Hannigan, was director of the festival from 1986, and CEO from 2009. However, in March 2013 Mick Hannigan was dismissed along with festival programmer Una Feely.

Cork Film Festival Ltd announced at the time the decision was made “on foot of an independent strategic review”, and that the Festival’s “…structure [was] simply unsustainable. As part of this, the positions of CEO and festival programmer have become redundant”

A settlement was reached before the case was due to be heard at the Employment Appeals Tribunal in Cork yesterday.

In a statement Mick Hannigan said

“I thank all of those people – friends, family and well-wishers – who took an interest in our case and who expressed their support. Úna and I are both happy to be now able to draw a line under the matter.

I especially wish to thank Employment Law specialist, Eamon Murray solicitor and his colleagues for so ably representing us in our claim against Cork Film Festival.

After two years and two months we are very happy to have it settled. It has been a long road but we are looking forward to pastures new,” Ms Feely said after the settlement was reached.

We received great support and sympathy from the public for our situation.

Hannigan and Feely are now the organisers of another Film Festival called IndieCork.

The IndieCork festival is a co-op owned by its members, who elect a management committee.