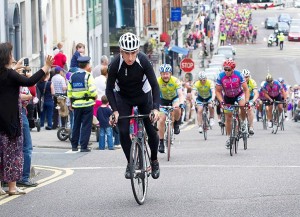 The countdown is on to 2015’s Tour de Munster, with the annual charity cycle kicking off in Waterford on Thursday 6th August, and finishing up in Cork on Sunday 9th August. Over 100 cyclists have signed up for the Tour and are getting geared up for this year’s event!

The amateur cyclists will cycle through all six counties of Munster, travelling over 600 km in just four days. All funds raised will go directly to the Munster branches of Down Syndrome Ireland (DSI), now in its 6th year as beneficiary of the cycle. This year sees cycling legend Sean Kelly celebrating his 10th year doing the Tour.

With approximately €2 million having been raised for its beneficiaries since it began, Tour de Munster has raised almost €1.5 million for DSI alone. Paul Sheridan, who established Tour de Munster, could not be prouder of the Tour and its many participants over the last 15 years.

“The Tour is a real endurance test for the amateur cyclists that are taking part, and public support makes such a huge difference to all of the participants. These cyclists dedicate months to training and fundraising for the annual cycle. With all funds going straight to Munster branches of Down Syndrome Ireland, we’re encouraging the people of Munster to dig deep, come out and support, and help raise much needed funds for this worthwhile cause. With the phenomenal success in fundraising in recent years, we really want to keep up the momentum! Each year, support for the Tour grows and it’s wonderful to see the great work being carried out by DSI’s Munster branches, and the many families whose lives are improved as a result of these branches.”