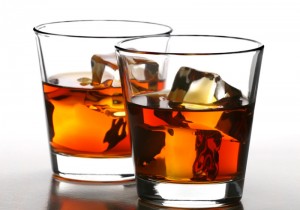 The summer is over – yes it is – it’s currently raining here on Patrick Street, Cork City.

The summer ending means many things for different people:

The Restaurants Association of Ireland (RAI) is one such group.

The Cork chapter of the RAI will meet on on Monday 21st September at Cornstore, 43 Cornmarket, Cork City at 10.00am. Various topics, current issues and training programmes relevant to the restaurant and hospitality industry will be discussed at the meeting.

The Governments plans to introduce calorie information on menus nationwide will be discussed. There has been widespread criticism of this proposal for many reasons. Among other topics covered will be Budget 2016 and the key issues in the upcoming Budget that affect the restaurant industry;

Information will also be given on upcoming Training Courses for restaurants. The RAI are encouraging chefs and aspiring chefs to attend the relevant courses. The shortage of chefs has now reached crisis levels in Ireland and threatens the hospitality industry. Among the applicants submitted for chef positions, many are deemed not to be appropriately qualified. Chief Executive Adrian Cummins commented on the crisis, ““We want to be able to market Ireland as a centre of food excellence, a true culinary experience with world-class chefs leading the way. Instead, we are finding ourselves in a position where we have a severe shortage of chefs in Ireland which is now threatening growth and expansion in the restaurant sector.”

Other issues to be discussed at the meeting include new member benefits and services, New Companies Act – Employment Law Update and much more. Registration will take place at 9.45am sharp.

Expect to see many other industries in Cork gear up for Budget 2016, and bit farewell for Summer 2015.

Watch this space for details.