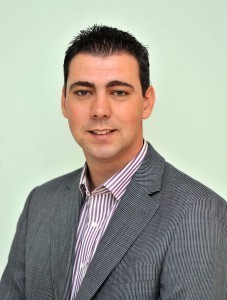 ‘Cork North West needs an Independent Voice in Dáil Eireann’ according to the Cork County Mayor, Cllr. John Paul O’ Shea, who has today (15th October 2015) announced he will seek the support of the people of Cork North West in the upcoming general election to be that voice.

Commenting on the announcement that he will seek to win a seat in Dáil Eireann in the upcoming general election, Cllr. O’ Shea said “In my role as a local councillor for the last six years, I have gained a valuable insight into the day to day lives of people, the suffering they have had to endure during the recession and the needs and challenges now facing people, both young & old in our towns and villages across North & West Cork. I strongly believe that there is a need for such enthusiasm and commitment on a national level to address the challenges and issues that are facing the Cork North West constituency”.

From fighting the decimation of local post offices and rural services, to establishing community groupings & organisations and securing funding for local amenities, O’ Shea is extremely passionate about the area he represents and wants what is best for its citizens. The Mayor is acutely aware of the challenge it will be to be elected in the Cork North West constituency. “I think it is vital people have a choice in the upcoming general election on who they can vote for. The people of Cork North West need a clear and strong Independent voice to represent them in Dáil Eireann. I want to be that voice for the people. Historically, Cork North West has elected people from the traditional political parties, with seldom an Independent candidate even appearing on the ballot paper. I want to offer the people of Cork North West this choice and whether you are from the towns of Ballincollig, Charleville, Kanturk or Macroom or anywhere in between, it is my intention, if elected, to be your independent voice in Dáil Eireann”.
Independent Cllr and current Mayor of Cork County John Paul O’Shea, who has announced that he will run as a candidate for the Dáil in Cork North West. Pic. Martin Walsh.

Independent Cllr and current Mayor of Cork County John Paul O’Shea, who has announced that he will run as a candidate for the Dáil in Cork North West. Pic. Martin Walsh.

Cllr. O’ Shea, was elected as an Independent Councillor to Cork County Council in 2009 and was re-elected in 2014 to represent the Kanturk/Mallow Municipal District of Cork County Council securing over 4,300 first preference votes. The vote was one of the highest votes received by any candidate in the local elections throughout the country. O’ Shea created history in June of this year when becoming the first ever Independent Councillor to be elected Mayor of County Cork in the Council’s 116 year’s existence. He was also one of the youngest Councillors to be elected as Mayor for Cork at the age of 31.

Cllr. O’ Shea is the youngest of seven children and son of the late William (Bill) and Margaret O’ Shea from Laharn, Lombardstown in the heart of North Cork. O’ Shea is passionate about maintaining and developing local services and has proven this with success over the last six years in his catchment area.