Ireland must succeed – where Belgium and France have failed

Ireland South MEP Deirdre Clune has said that we must learn from the experiences of our EU neighbours when it comes to integrating refugees and migrants into our towns and villages across Ireland. The Government has agreed that it will accept in the region of 4,000 asylum seekers and refugees under Resettlement & Relocation programmes. On top of this, the numbers applying for protection in Ireland through the normal channels has also increased considerably, growing from under 1,000 in 2013 to an estimated 3,600 in 2015. 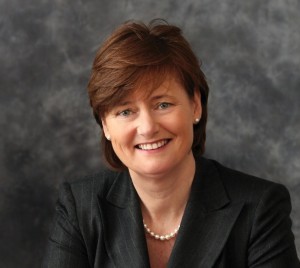 “The Irish Refugee Protection Programme will facilitate the arrival of refugees to Ireland. The Cross-Departmental and Inter-Agency Taskforce was set up to coordinate the programme. I would call on the Minister for Justice to invite the GAA to play a lead role in this programme. Their experience within our communities and with families across Ireland, including migrant families, would mean they are well placed to help young migrants and their families to join the GAA and get involved in the local community. The GAA is a unique sporting organisation that taps into the lives of so many families in Ireland.

“Whilst we have a duty to help those in need during this migrant crisis – and we will – it must be remembered that anyone resettling here has a responsibility to integrate themselves into our culture, languages, work and life. Integration is a two way street! We must not make the mistakes that France and Belgium have made where situations have been allowed to develop where 40 percent of Frances Muslim population are living in ghettoized suburbs in Paris.

“A report which we are to vote upon in the European Parliament tomorrow shows that this ghettoization breeds disaffected youth, crime, radicalisation and a sense of disconnection from the country within which they live.

“Part of the problem that led to the recent terror alerts in France and Belgium is that young Muslims are growing up in ghettos in cities like Brussels and Paris where unemployment is often as high as 50%. They are getting into cycles of petty crime which sees them radicalised in prisons. When released they often travel to Syria and Iraq, before returning to attack the country they never felt part of.

“Ireland must succeed where Belgium and France has failed. The security of future generations in Ireland depends on it.