Sinn Féin MEP Liadh Ní Riada has called for the EU to make the Solidarity fund available to Ireland immediately. 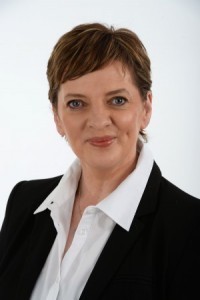 Speaking in the European Parliament this week in Strasbourg, Ms Ní Riada said,

“The way the emergency services met the recent storms must be commended. Without their discipline, professionalism and dedication, the situation would be far more catastrophic, especially in rural areas.

“I would also like to commend all of the people who rowed in to help with the clean-up. It once again showed that sense of community spirit and responsibility that the Irish are renowned for.

“The EU Solidarity fund must now be utilized to help with the clean-up operation and to help those left devastated, rebuild their lives. People whose homes, businesses and farms have been ruined needs the support of the Solidarity Fund and I am calling on the EU to make the Solidarity fund available to Ireland immediately.

“The recent devastation is not only as a result of Climate change, it is exacerbated by poor planning. The lack of proper flood defences and the lack of strategic planning are also at the heart of the destruction. Local authorities have known this for a long time now and it is unacceptable that proper flood defence systems and appropriate measures have not been implemented.

“It is obvious, and it cannot be denied, that the changing climate will bring with it more violent storms, and consequently, serious environmental and socio-economic consequences.

“It is unacceptable that An Taoiseach, Enda Kenny, claims that climate change is not a priority for his government. I invite him to visit all those areas that have been under water, all the people whose livelihoods are destroyed and I ask him to review his comments.

“An Taoiseach clearly lacks vision, understanding and once again highlights how far removed he is from the reality of the hardship people are suffering on the ground.”