Independent Cork South West Candidate Cllr Alan Coleman has called for the Government to use an existing model to force Insurance companies to offer flood insurance cover to those that are refused such cover. 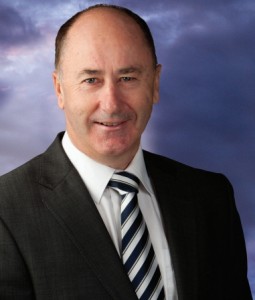 Cllr Coleman said “We already have the Motor Insurance Bureau of Ireland (MIBI) which was established in 1967. This was set up to compensate victims of road traffic accidents caused by uninsured and unidentified vehicles. All insurance companies underwriting motor insurance in Ireland, must by law, be members of the MIBI and must contribute to funding in proportion to their market share.”

Cllr Coleman has urged the government to adapt a common sense approach for flood insurance and to fast track legislation in the lifetime of this Government to allow a similar model to be implemented.

Cllr Coleman feels that “the insurance industry in Ireland is a profitable business and the state over the years has played its part in keeping particular struggling insurers afloat. Many people will remember and indeed are still paying for the exploits of PMPA and Quinn Insurance. It is time for the insurance industry to reciprocate the support it has received from the people of Ireland .”

“Compulsory flood cover should be only available to those who do take out policies to insure their buildings and this is one difference to the MIBI system.”

Insurers may claim that flooded areas are a risk that cannot be underwritten but Alan Coleman feels “that uninsured drivers likewise are an unquantifiable risk so how is it that a similar model cannot be implemented.”

Flooded businesses and householders throughout West Cork in towns such as Bandon, Clonakilty and Skibbereen are living in fear without flood insurance. Furthermore, towns such as Fermoy that have seen successful flood defence schemes built still remain partially insured with just 80% of those requesting insurance receiving flood cover.

“Insurance companies in Ireland are licenced by the Government through the Central Bank. It is a duty to the victims of flooding to add a compulsory clause to those Insurance companies offering household and business premises insurance to offer flood cover to all their relevant policies within the state “