Cookie And The Vaudevilles at the Everyman Theatre Cork 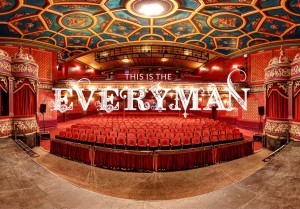 Following the success of their debut original album “Riches to Rags” in late 2014, Cookie And The Vaudevilles have spent the last year touring music venues, theatres and festivals around Ireland and abroad. Now, in an opportunity not to be missed, they bring their original music to the Everyman Theatre.

Drawing from their many and varied musical influences, they have created a unique live show. The tender vocals of Cookie are sure to evoke emotions, while the swing and groove of the band will have you dancing in the aisles.

With hints of jazz, hues of the blues, a peppering of rock, and the style of the classics, Cookie And The Vaudevilles have a proven appeal to a wide audience. But it’s not just the music that keeps the audience shouting for more; it’s that je ne sais quoi, the lively scene, the wink and wiggle and the pure expression of emotion that is shared with everyone in the room.

The Cork band features Cookie aka Caitriona Fallon on vocals, who has previously toured the world as the lead singer with the RIVERDANCE phenomenon. The band are a treasure trove of interesting anecdotes having worked with artists such as Jose Carreras, Katherine Jenkins, Tom Jones, Shirley Bassey, The Waterboys, Riverdance, Two Time Polka and Loudest Whisper. Get your dancing shoes on, and join Cookie and the Vaudevilles at the Everyman this February.