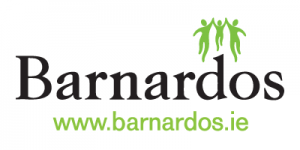 As Ireland counts down to General Election 2016 Barnardos has asked children from across the country what they would do if they were Taoiseach for the day.

June Tinsley, Head of Advocacy, Barnardos, said, “While children do not vote, they make up nearly a quarter of our population and are directly affected by Government policies and laws. Every day in Barnardos we see how children’s lives are being adversely affected by austerity. If we are serious about wanting to build a sustainable and fair future, every candidate in Cork owes it to our children – and themselves – to hear what our young people have to say.

“Key issues raised by the dozens of children Barnardos spoke with were the impact of drugs on their communities; the need for more child-friendly places to hang out and better resourced schools. Abolishing the water tax also came up a number of times and large numbers many pleaded for enough safe housing to end the homeless crisis.”

What the children from Cork said they’d do if they were Taoiseach for a day:

Ms Tinsley added, “From meeting with children across Ireland and through our direct work with children and families it is clear that our younger constituents want to see fairness at the heart of their communities. Our elected representatives could learn a thing or two from listening to them.”

Barnardos has also been calling for greater equality in the 32nd Dáil. It wants all candidates in General Election 2016 to pledge to take action in five crucial areas which would not only demonstrate political commitment to end child inequality, but would result in real improvements to children’s lives.