Anti Austerity Alliance candidate for Cork North Central Mick Barry this morning criticised the company which has refused to recognise the union chosen by the country’s 999 emergency service call centre workers to represent them. 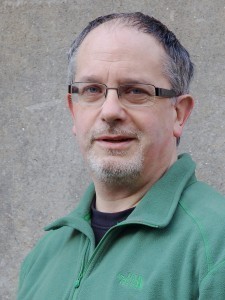 According to Cllr Mick Barry Conduit Global (the company to which BT Ireland has outsourced Ireland’s 999 facilities) has announced that it will refuse to recognise the Communications Workers Union (CWU) and a 12 hour strike in one of the three 999 facilities is now due to take place the day before the General Election.
A key demand of the 999 call centre workers is for Conduit Global to implement the “living wage” of 11.50 an hour for all its staff.

According to Cllr Mick Barry the CWU has claimed that Conduit Global has implemented a strict toilet break regime in retaliation for the planned industrial action. This regime is said to include a 7 minutes maximum break; maximum break time of 19 minutes in a 12 hour shift and an hour set aside each working day in which toilet breaks are banned.

Cllr Barry said this morning: “Twenty percent of Ireland’s workforce earns less than the “living wage” rate of 11.50 euro per hour. When a group of low paid workers take a stand and tackle this issue they deserve support. Conduit Global’s retaliation in the form of their new toilet break policy is absolutely despicable.

The Anti Austerity Alliance will give full support to these workers in their campaign.”

However, TheCork.ie has received a statement this afternoon from Conduit Global as follows:-

“Conduit Global strongly refutes claims made by the CWU and is disappointed the union continues to spread disinformation about the company.  These allegations are inaccurate as they refer to policies that no longer apply as Conduit Global has already responded to its employees concerns and instituted changes, or never applied.

For instance, there has never been a ‘toilet’ policy – only a policy to ensure emergency calls are always staffed.

Indeed, the issues cited in CWU’s demands have already been resolved, namely:

A spokesperson for Conduit Global, said having successfully engaged the staff and heard their views and acted on them, the company believes that its employees are their own best representatives and this is why it will not recognise the CWU.

They added that Conduit Global was confident its contingency plans will guard against any negative impact of the proposed strike and will protect this critical public service. As the employees continue to deliver one of the best services in Europe, the company acknowledges their continued dedication to this vital public service and values their open, honest engagements over the past weeks.”