50 new jobs in MSD Brinny (near Kinsale) in Co Cork 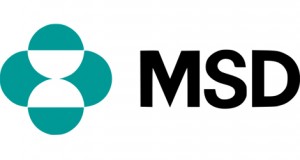 MSD (MERCK Sharpe & Dohme) has announced that their base in Brinny, Co Cork – which specialises in the fermentation and sterile filling of biotech products – is seeking 50 new hires in manufacturing, quality, technology, engineering, and environmental and safety. The plant was formerly operated by Schering Plough who were bought by MSD in 2009.

Elsewhere, MSD in Carlow, the company’s only standalone vaccine facility outside the US, is creating 110 new roles in production, engineering and quality control.

MSD’s branch in Ballydine, Co Tipperary – which is involved in the research and development, formulation and manufacture of active pharmaceutical ingredients – will recruit 40 new employees, including process and chemical engineers and organic chemists by the end of 2016.