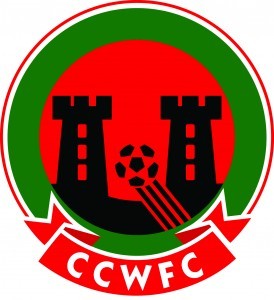 The Leesiders fell to a four one defeat in Jackson Park yesterday (Sunday, 14 February 2016) as UCD Waves put four goals past City in the only game which managed to be played in the Women’s National League this weekend.

It was a first game for Frank Kelleher’s side as the new manager took over only last week following Niall O’Regan stepping back due to work commitments. It will see a continuation of the management team as Kelleher had been assistant manager since the season began.

The game had barely started before Waves grabbed the lead, Orlagh Nolan getting her head on Julie-Ann Russell’s inswinging ball to head past Trish Fennelly. The fast paced start from the home side catching City out and it wasn’t long before the advantage was doubled when Aine O’Gorman looped the ball over Fennelly after beating the City backline from a smart UCD pass. Nolan added her second and her side’s third shortly before the half hour mark to leave UCD in total control as they saw out the rest of the half with a minimum of chances given up to the visitors. The only real chance of note saw Megan Carroll come within a whisker of a superb ball across the face of goal from Barbara O’Connell.

In the second half, City started to fight back into the game more and were rewarded when Ciara Desmond slotted home past Monica McGuirk after a superb pull back from Megan Kelleher. However, hope of a fightback were dashed as Jetta Berrill finished a low drive past Fennelly after a superb Caroline Thorpe through-ball. Fennelly made some excellent stops from O’Gorman and Thorpe to deny further UCD goals before Desmond saw her effort well saved by McGuirk.

A disappointing defeat in Dublin for the Leesiders but a very encouraging second half performance will see them welcome Peamount United to Bishopstown next weekend at 2pm 21st February for their next home game.

50 new jobs in MSD Brinny (near Kinsale) in Co Cork
Previous Post
Do you want to run a 1916 event in Cork? There’s a fund for that!