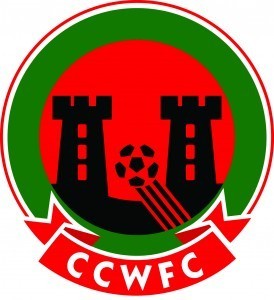 Kate O’Donovan has been with the Leesiders (Cork City Womens Football Club)since the summer but had to wait a little to make her first appearance – a testament to both the strength of the Cork City midfield this season and the character of O’Donovan “I was delighted to get off the bench for the Kilkenny game as I’ve been itching to get going and onto the field! Having said that – I was a little disappointed with the result as the whole squad wanted to get 3 points in Niall’s final game with us but Kilkenny are a tough side who are continuously improving and were full value for their point.“

The youngster who previously played with Bandon A.F.C. has represented Cork in Gaynor Cup squads before joining the Cork City W.F.C. Academy last season under Charlie Lynch and progressing to the senior set-up this year. While O’Donovan was sad to see O’Regan go, she’s delighted to see the management team continue with Frank Kelleher stepping up into the management position “Niall is definitely a loss for us as a squad as we all loved playing for him and he was an excellent manager to work with – but Frank stepping up, it’s such a good continuation as his training methods are excellent and the whole coaching team has stayed in place alongside him.” 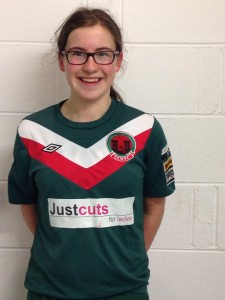 Kate saw her strong showing on her debut leading to a first league start against a strong UCD Waves team in Jackson Park last weekend “I was extremely excited to find out I was going to be starting against UCD but a little apprehensive as well as I was playing at right full back, a position I’m not overly familiar with despite playing centre half at Gaynor Cup level under Charlie Lynch.”

However, the youngster was full of praise for her teammates and coaches who helped her settle into the new position quickly “The girls and the management team were really supportive and I knew the hard we had put in training over the weeks should stand to me. While I felt I was a little too nervous for the opening 15 minutes, I settled into position after that.”
Having settled however, it was no easy ride against one of the top teams in the country “I found it hard throughout definitely in this game as UCD are up there as one of the best teams in the country- having said that, I think as a back four we dealt with the pressure really well for most of the game, especially in the second half. It seems a cliché to say it but the score line really did not reflect the game and strong performance we put in.”
The midfielder can’t wait to get more games under her belt and is looking forward to the Peamount United game this Sunday “I’m really looking forward to Sunday’s game with Peamount and hopefully I can get some more game time as I’d love to help City get more points on the board in what’s already been a positive season!”