SAILING – When is Volvo Cork Week 2016? see the details here

Details of Volvo Cork Week 2016, were announced today [Friday the 4th of March] at an event onboard the L.É. RÓISÍN, in association with the Royal Cork Yacht Club. Held on a biennial basis, Volvo Cork Week is a Grand Prix sailing event and is renowned, worldwide, for exciting and challenging racing.

“After the hugely successful official launch of Volvo Cork Week 2016, the IRC European Championship and the Beaufort Cup on board the L.E. Róisín, I am feeling very confident that Volvo Cork Week 2016 will be a unique and exciting event, both on and off the water.

We are now putting all our concentration into increasing entry numbers: it is essential that we get full support from clubs all over Ireland to show representation at Volvo Cork Week this year. We are already seeing big interest from the UK and France. Ireland really needs to show why we are still one of the top nations racing under the IRC handicap system and turn up in force at the inaugural IRC European Championship. It was a huge achievement for Ireland to be given the chance to host an event of this calibre and we now need to make it an event that will set the standard for future years.” said Kieran O’Connell, Chairman of Volvo Cork Week.

Volvo Cork Week 2016, takes place from July 10th to 15th, and primarily attracts sailors for the quality of its racing. So far, entries have been received from Ireland, Northern Ireland, the United Kingdom and France, and interest shown from the USA, Australia and South Africa.

This year’s jam-packed event will also feature the inaugural Beaufort Cup, which invites sailing teams from their associated national services to race. The Beaufort Cup, supported by the Irish Defence Forces and part of a series of Irish Government commemorative events in 2016, hopes to develop bonds between national team members and international colleagues: 50% of each team must be active in any service they represent and it is anticipated that defence force teams from a number of countries will compete and also other services such as Police, Fire, Rescue, RNLI and Coastguard.

Mark Whitaker, CEO of Johnson & Perrott Motor Group commented, “Johnson & Perrott Mahon Point is delighted to once again partner with Volvo and the Royal Cork Yacht Club in supporting this high calibre event in the international racing calendar. Volvo Cork Week is a fantastic regatta that combines both serious competition and fun and which contributes very significantly to the sport of sailing and to the local economy.”

“With competitor interest at its highest level for many years, our team are looking forward to what promises to be yet another outstanding week for sailors and spectators alike” added Mr Whitaker, who himself is an experienced sailor and long-time member of the Royal Cork Yacht Club.

In addition to top class racing, the fabled on-shore tented village lets all crews interact socially in a fun way, which has become one of the main ingredients in the success of Volvo Cork Week. 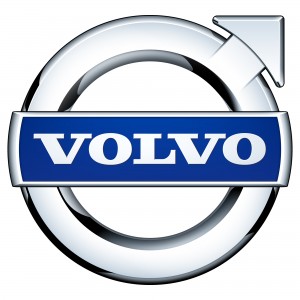 Adrian Yeates, Managing Director of Volvo Car Ireland commented “Volvo Car Ireland, are looking forward to what promises to be a very exciting event in Crosshaven this Summer. This is the second year that Volvo, in conjunction with Johnson and Perrott Motor Group, will be the title sponsor of Volvo Cork Week, thus celebrating our continued relationship with sailing in Ireland and throughout the world.”