Andrew Hogan has been appointed as General Manager of Cork Racecourse Mallow (Horse Racing), a role he will carry out in conjunction with his current position as Manager of Tipperary Racecourse. 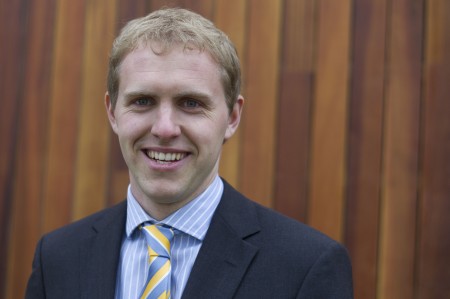 Andrew, from Nenagh in County Tipperary, has an Honours degree in Business, Accounting and Finance from Limerick Institute of Technology. Andrew rode as an amateur jockey during his college years and in 2012 he joined the Irish National Stud. He worked in Horse Racing Ireland’s racing department from June 2013 and took up the position of Manager of Tipperary Racecourse in October of that year.

Welcoming the appointment, CEO of Horse Racing Ireland, Brian Kavanagh, said: “Andrew is very hard-working and has built up a lot of experience since becoming Manager of Tipperary Racecourse in 2013. He has a strong racing background and is much respected within the industry and particularly by the trainers and jockeys who he regularly deals with. I wish Andrew every success in his new position as manager of both Cork and Tipperary racecourses.”

Tom Gaffney, Chairman of Cork Racecourse Mallow, said: “Andrew’s appointment reflects the ambitious plans that are in hand for the racecourse to maximise its potential. We have no doubt that Andrew and the management team will take the racecourse to the next stage in its development.”

Cork Racecourse Mallow is one of Ireland’s leading Grade 1 racecourses and hosts 18 race meetings throughout the year including a number of high profile races under both Flat and National Hunt codes.