Cork native Rodney Atkinson is featured in an advertising campaign for a major international telemedicine service.

Mr. Atkinson lives in Douglas with his wife and baby daughter, and works in Cork city centre. He is currently featured in ads for MeeDoc, Europe’s largest telemedicine provider. 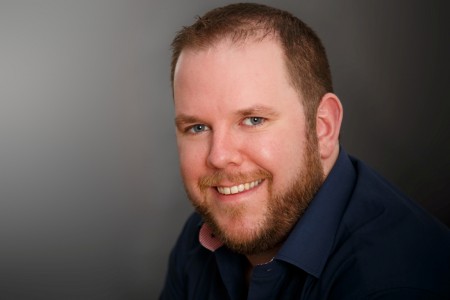 MeeDoc is an online platform that enables patients to connect with a GP via their smartphone or desktop through a secure instant messaging service. No appointment is necessary and consultations remain open for as long as the doctor and patient need. If the GP needs to see the patient, a video link can be opened. Patients can instant-message their MeeDoc GP confidentially at a time that suits them. If a prescription is required, the GP can fax it to a local pharmacy anywhere in Europe – so patients can take their doctor with them on their travels.

Mr. Atkinson first used MeeDoc earlier this year and was invited by the company to share his experiences of the service.

A blog profiling his experiences of using MeeDoc has since been published on www.meedoc.ie, and Mr. Atkinson’s testimonial has also been used in online media and advertising campaigns, including in the Irish Independent.

Explaining his involvement in the campaign, Mr. Atkinson said he first used MeeDoc on a weekend morning, when he would have had difficulty accessing a GP’s surgery.

“The first time I used MeeDoc was on a Sunday morning,” he said. “I was up early, feeding my daughter, and I began my consultation about 9am. It was all done by 11am. The prescription I needed was ready the same day and I collected it from my local pharmacy that afternoon.

“I had never used telemedicine before, but I’ve used it again since and I’ll definitely continue to use it in the future.

“Convenience is the biggest attraction for me in using MeeDoc. It’s a lot easier than going to a GP’s surgery because I don’t have to come out of work or, if it’s at the weekend, there’s very easy access to doctors at a time when surgeries might be closed.”

Since it launched in Ireland in November, MeeDoc has attracted thousands of downloads and is being used by a growing number of GPs based across the country.

A consultation with MeeDoc usually costs €34. However, a special introductory offer is currently available, whereby users can have their first consultation for only €1 if they use the code 1-WELCOME.

Further information is available at: www.meedoc.ie, and the app is available to download from the App Store and Google Play for iOS, Android and desktop.